Community, we have been busy working behind the scenes to bring back our flagship event, and it’s my pleasure to announce our plans for the (In Person) PX4 Developer Summit 2022. It seems like the first #PX4DevSummit in Zurich was only yesterday, but two whole years have passed, and it’s about time we get together to celebrate all of our achievements as a (really big) family! We are bringing the show to beautiful Austin, Texas, on June 23 & 24, hosted at … 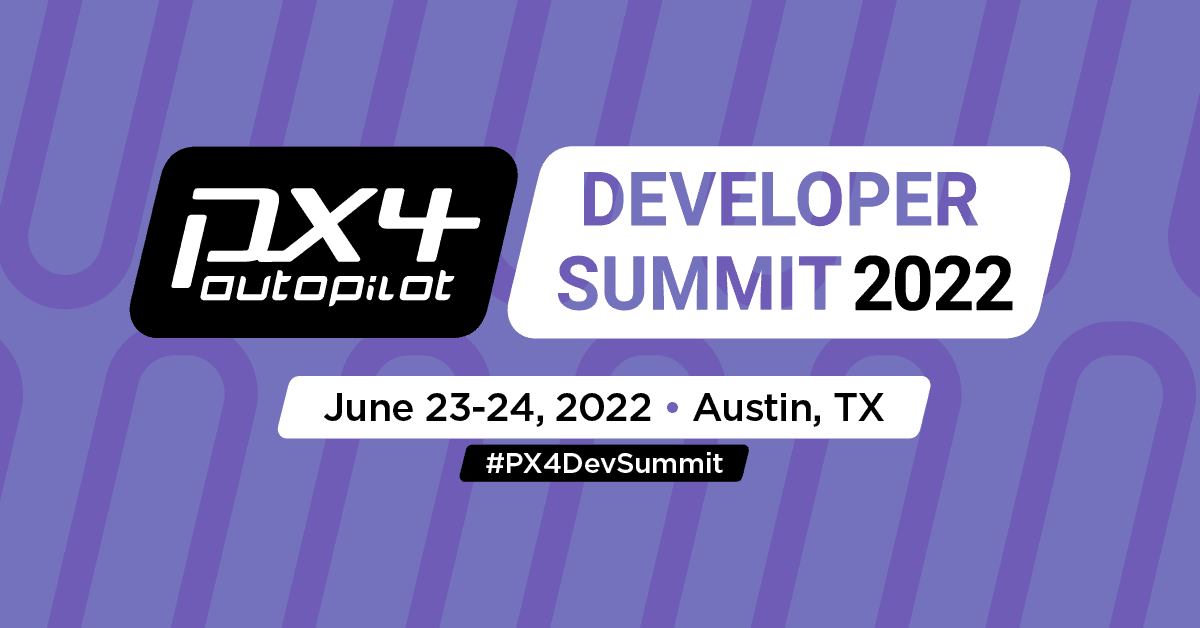 The PX4 Developer Summit is the annual flagship conference hosted by the Dronecode Foundation for the drone development community.

Since we are back in person, we are pushing for increased content diversity, and we welcome any of the below:

## Expected Behavior If there is not a CommLink automatically configured to use… a serial device, nor a box selected under General settings to automatically connect via `Pixhawk`, then that serial device should never be opened by QGC. ## Current Behavior - Opened QGC with two serial interfaces connected on host device: - /dev/ttyUSB0 (USB serial adapter being used to monitor PX4 debug output on console pins via `picocom`) - /dev/ttyACM0 (USB connection to FMU intended for use by QGC - QGC opened /dev/ttyUSB0 despite all auto connections being unchecked and no comm links specified for it (there was one specified for manual, non-auto connection to /dev/ttyACM0 - Garbage starts spewing out of the console, almost as if the flight controller has been reconfigured for a different baud rate by QGC - Upon trying to close and re-open picocom, I am informed `Device or resource busy` as /dev/ttyUSB0 is being held by QGC - Close QGC - Re-open picocom and the device is available and comms are back to normal ## Steps to Reproduce: Steps are provided above, but the strangest thing is that the behavior appears to be random. Sometimes it happens, sometimes it doesn't. Out of 10 tries, 7 didn't cause the issue and 3 did. ## System Information When posting bug reports, include the following information - Operating System: Ubuntu 20.04 - QGC Version: 4.2.0 - QGC build: Daily AppImage from a few weeks/months ago - Flight Controller: Matek H743 Wing v1 - Autopilot (with version): PX4 master

Updates from the team 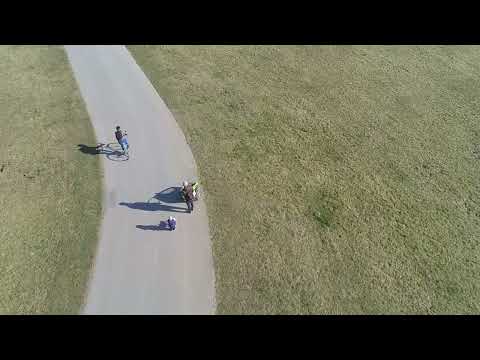 **Describe problem solved by this pull request** When flying an orbit with the …yaw behavior `ORBIT_YAW_BEHAVIOUR_HOLD_FRONT_TANGENT_TO_CIRCLE` where the vehicle is facing tangential to the circle and hence facing the direction of travel it's unintuitive to change the radius and velocity of the orbit with the usual stick mapping. This is because usually the stick input is mapped in the body yaw frame. **Describe your solution** I changed the stick input to also act 90° offset compared to when flying with the vehicle facing the center of the circle. Such that's intuitively in body yaw frame. Doing that I found the direction of where the vehicle is facing and hence also how the stick input is mapped would change 180° when switching rotation direction. This makes direction switches by stick unusable. To work around the problem I made the vehicle go backward when the rotation direction is switched by stick input. **Test data / coverage** This was tested in SITL and on a real vehicle that mostly uses `ORBIT_YAW_BEHAVIOUR_HOLD_FRONT_TANGENT_TO_CIRCLE`.

**Describe problem solved by this pull request** For certain use cases the limi…t is just too low and if the limit is exceeded currently there a bug where the radius is just pruned instead of not executing the out of range orbit command. Note: Not rejecting out of range radiuses is a regression: https://github.com/PX4/PX4-Autopilot/commit/9bd46be1242535d5ec3da04c11d274aa22a2f805#diff-89127f427c1fc4e2fb02b97822ec75dc1bc7a4690ae4cd3aba8bc4f811250717L61 **Describe your solution** - > the orbit radius is limited to 100m. If flying in open areas this limit is too strict. Makes it configurable by parameter. I'm open to suggestions for the default. - > When commanding a larger radius in AMC, it gets resized to 100m. Fixes the bug by not acknowledging the command and stopping instead of executing the Orbit. This is already better than just changing the radius and then starting to execute but it should be further improved with e.g. an error message and possibly by switching mode. **Test data / coverage** SITL testing with out-of-range radiuses and hitting the limit by stick input.

Discussion based on board: High-Priority Queue · GitHub

For smaller groups expanding technical discussions, stay until the end and follow up.

Initial work to have one container for CI and Development within tree In orde…r to build you have to be at the top of the firmware directory and run: ``` ./Tools/docker_run.sh make all_variants_px4_fmu-v5x ``` Thanks to @julianoes for the great work on https://github.com/PX4/PX4-containers/pull/288 I based this PR on his work

**Describe problem solved by this pull request** 'Sticks' utility library is us…ed by Flight Tasks. While implementing a Follow-Target feature (#19260) with RC-controllable behavior, I found that **it is unclear as to which 'user input' each input vector corresponds to.** **Describe your solution** Added functions each returning user input values in a clear, intuitive naming. + Also renamed the 'checkAndSetStickInputs' function name to 'checkAndUpdateStickInputs', since 'set' doesn't imply that the stick values are update, which is the most important aspect of this function, thus avoiding possible confusions ;)

Feel free to visit the document above and leave your comments / thoughts!

Updates on each sectors of PX4 System