VTOL Duo Issues with takeoff and transition from MR to FW 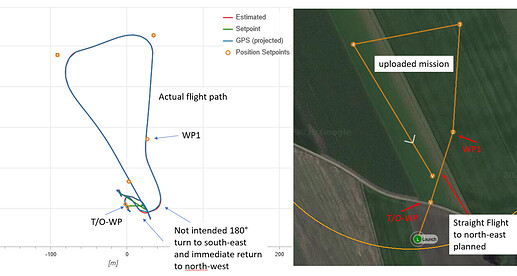 This occurs randomly. At some flights, instead of making a right turn as shown above, it turns left first before heading to the first waypoint as shown here:

Any ideas what might be the reason for this?

In the logdata I saw that at the VTOL-takeoff-WP, two position setpoints are created (orange circles): 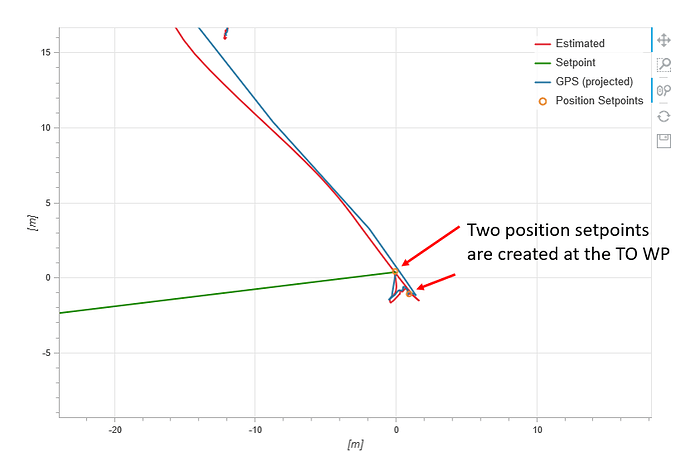 I think that the connection line between these circles is in line with the (random) direction where the tailsitter takes off to. How is that second position setpoint created and how can I influence it?

I didn’t find any information about how the implication of the launch-position in QGroundControl (see here):

Does it influence the takeoff sequence?

Thank you very much for your support!