RC Speed Boat with PX4 - Episode 0 : Trying out the Boat and integrating Pixhawk

PX4 is super cool, it can fly all the different flying vehicles in this world. But believe it or not, it can’t really drive rovers or boats that well.

I have heard so much about the Ardu-Rovers, and apparently, it’s really good. Why can’t PX4 be good at ground/water vehicles as well? I wanted to improve that! 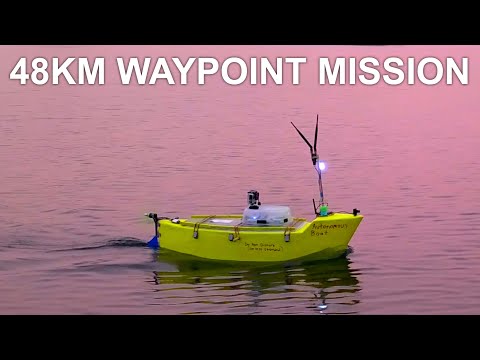 rctestflight’s autonomous boat videos were a huge motivation for me in getting started with this project. Boats are just so fun!

So this project’s aim is the following:

Also I wanted to document the journey as I go along, cause why not

To do that, I purchased with the help of Auterion, an RC Speed boat that can go up to 60 km/h! 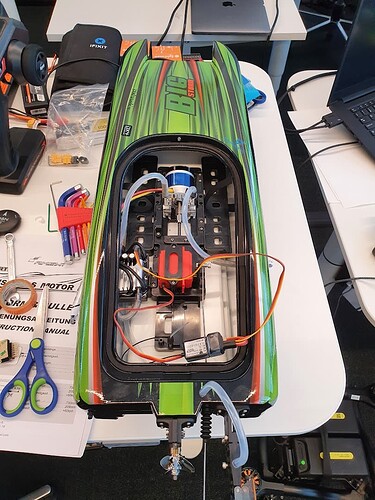 You can check out the boat in this shop link. The specs are more well defined in this conrad website.

The specific spec is the following:

First, tidying up the boat

This product is Almost-Ready-to-Run, so it has pretty much everything except the Battery. However, I had to go through some additional steps to get it working to the state that I wanted to. 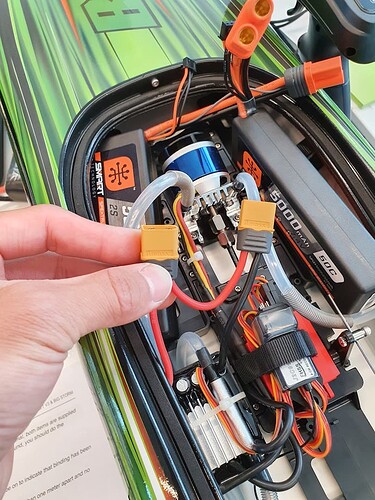 Remember how the recommended setup of batteries is having two 2-cell batteries on left/right side of the boat? Therefore the ESC has two XT60 connecters in series connection so that you can directly plug in two batteries.

However, I did not have a XT60 compatible 2-cell batteries at hand, which meant that I needed to basically re-join those split-out connectors and have a single XT60 connector, to which I would connect a 4-cell battery. 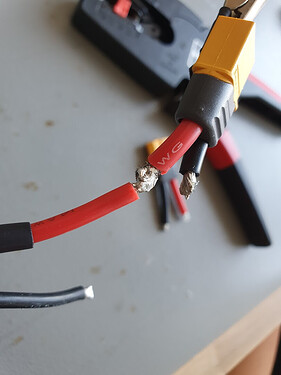 ), but in the end a flux and a high-heat capacity soldering iron helped in making the connector 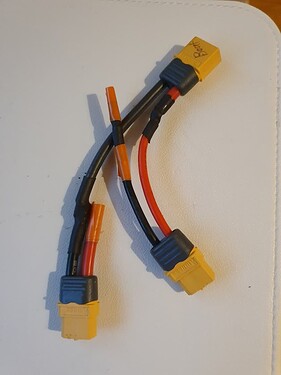 Since I want the autopilot to have knowledge of battery voltage and amperage usage, I needed to connect a power module. An ideal unit to use would be something that has a XT60 connector on each side with a heat-shrinked (electrically isolated & water-resistant) power module, something like this: 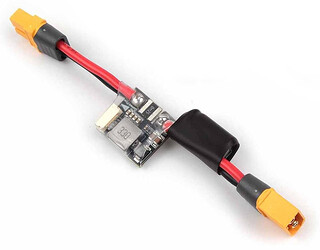 But of course, in real life you never have perfect conditions, and I couldn’t find a power module with that shape with a compatible connector (to connect according to the pixhawk 4 hardware specification) attached.

So I ended up using the Holybo Micro Power Module PM06, which meant that I am wasting 3 other connections (as you can connect up to 4 power outputs), but that was best I could do 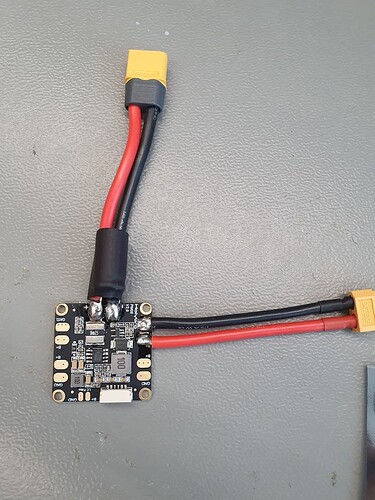 And since having exposed electrical pads like that in a crammed-space like inside the RC boat is an electrical short waiting to happen, I surrounded the power module with a rubber balloon to electrically isolate the board and make it water-resistant 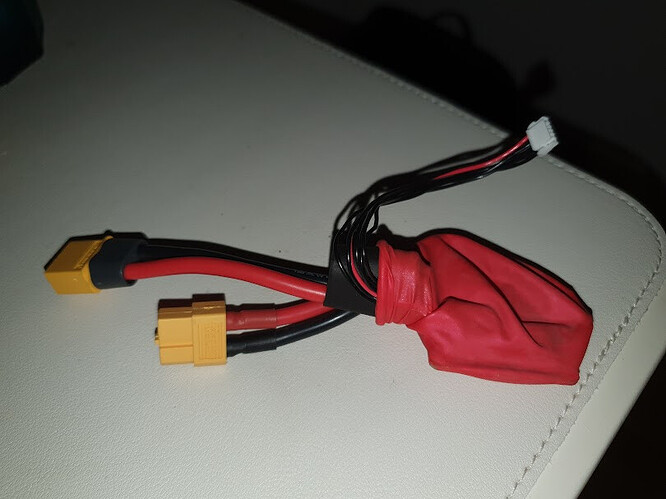 Applying the marine grease to the flexible shaft

Surprisingly, according to the RC community, is really important to apply the marine grease to the shaft that drives the rotor regularly (after a day of use even!).

So before running the rotor under high load, I got an RC Marine Grease gun kit and disassembled the shaft-motor coupler and pulled out the shaft to grease them properly

With a 7 or 8 mm Hex wrench, you can disassemble the coupler from this: 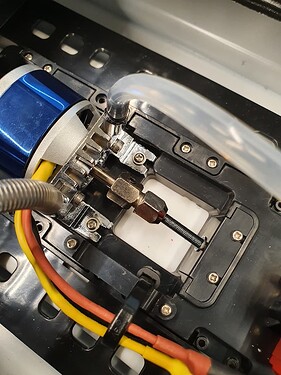 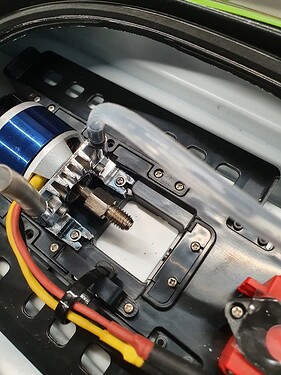 And when you apply the grease, it has this blue-ish color which looks something like this: 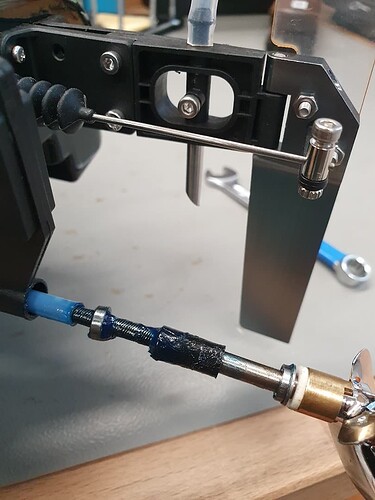 It was quite fascinating to learn the existance of all the intricate mechanical components in the flexible shaft assembly.

So here’s a pic in case you are interested: 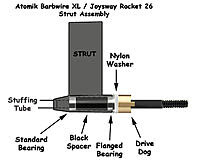 Mounting the Flight controller and GPS

You may be surprised to learn that having a GPS module is critical in terms of having a reliable & accurate global state estimation of the position of the vehicle. And especially for a boat that can travel over distances around ~20 km, a GPS is a must for a reliable navigation!

So I decided to stick the GPS that is compatible to Pixhawk4 (It’s uBlox M8N, a very well known & reliable module) on the lower side of the cover (since the module isn’t water proof) and hope that it wouldn’t have so much Electro Magnetic Interference from the ESC & Motor sitting right underneath it 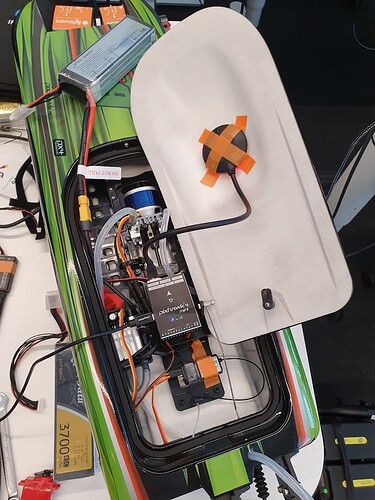 Then I also noticed that using Pixhawk4 is a pain in terms of connecting the IO pins as it doesn’t expose the Servo-style 3-pin input/output pin connections, but rather needs an IO expansion board to connect a Servo and ESC to it. 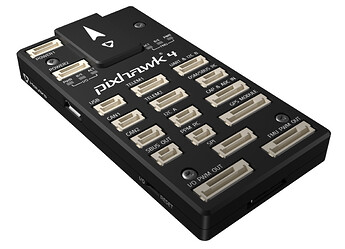 Having an IO expansion board which has contact points like the Ground potential & probably the 5V- power line and signal lines exposed was another disaster (signal interruption / electrical short circuit) waiting to happen, so no thanks Pixhawk 4 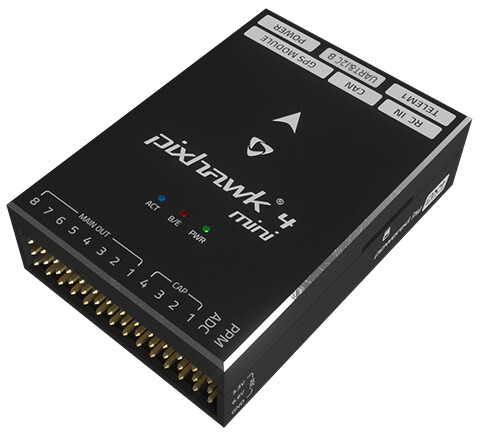 Also, Pixhawk4 is quite big as well so there was no reason to go for Pixhawk4 when I had Pixhawk 4 mini in hand, which has the output pins exposed in Servo configuration out of the box, as well as having a small form factor. No brainer!

And just some wiring/cable management

Since I was moving the components around and wanted a tidy & organized internal structure, I did move around the battery connectors and cooling-water hoses.

This was done to make sure that they don’t twist together and cause unnecessary constrictions in the hose (which would degrade the water cooling capability, which then would lead to over-heating ESC and possibly killing it

Here’s a snippet video that shows what the behavior of the boat was like. You can probably tell that it’s quite snappy and fast and reactive (especially when the speed is higher!) 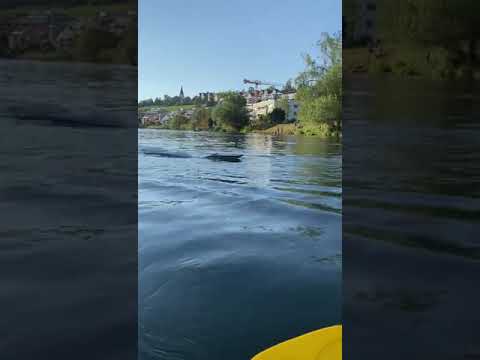 And here’s a pic of the boat, next to the boat I was riding on 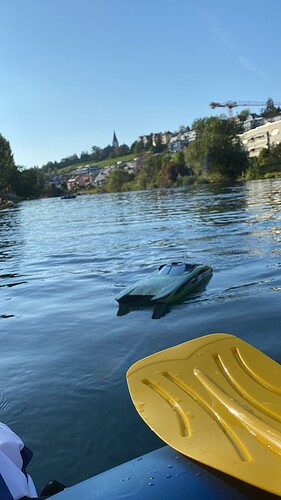 Unfortunately, on this first ever test I didn’t actually utilize the PX4 as the driver of the boat (the Servo / ESC were not connected to the flight controller), since I couldn’t figure out the Receiver situation.

As the transmitter & receiver that was shipped was a very old configuration, the receiver had raw PWM outputs on each of it’s pins as the commanded values of Throttle and Steering.

However, as far as I knew PX4 didn’t support such Receivers, but rather only supported PPM (Multiple channel data getting sent on a single pin/bus), which was obviously not supported with the old receiver that was delivered with the boat.

So having to take the boat on a rubber boat itself and having space constraints, I didn’t consider taking a full 10+ channel RC transmitter used for multirotors, and just went with the old legacy transmitter.

Which meant that PX4 wouldn’t be controlling the boat anymore, but would act as a data-logging device. But it was still cool, since this is the beginning!

So here’s the uLog uploaded in flight review viewer. Feel free to roam around and check out the values.

And here’s the branch I used for flashing the PX4-Autopilot software. It cherry-picks the Rover rate control PR and includes a custom airframe for the boat I am using

Here is a quick screenshot showing how the battery current consumption (which sometimes reached 40 amps!) seems to have some affect in the magnetometer data (as the sensor is so close to the power source).

It is also interesting to note that the boat reached 10 m/s (36 km/h!) as well, and the gradual voltage drop of the 4-cell battery. 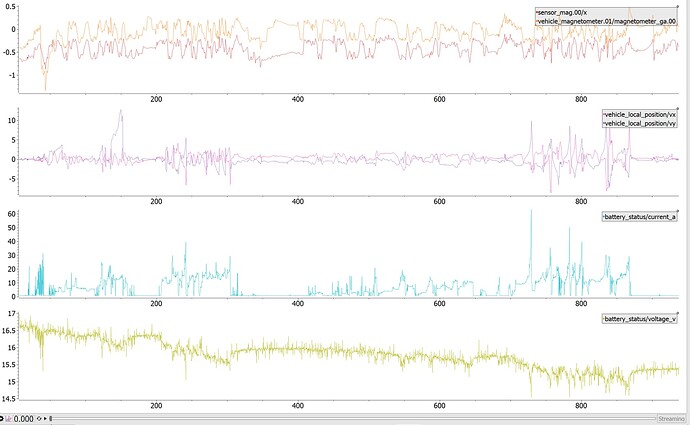 And here’s a 3D-view that shows an iris quadrotor flying above the limatt river, where in reality the boat was cruising at the water level

. I am not sure why the altitude is shown like that, that could be an interesting investigation! 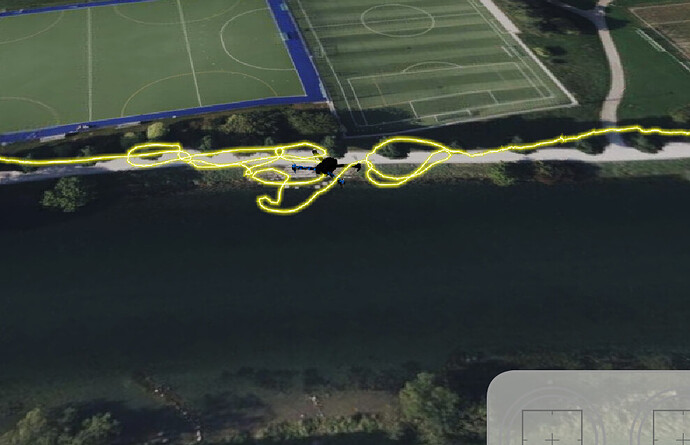 The boat is (according to the log) totally in the skies 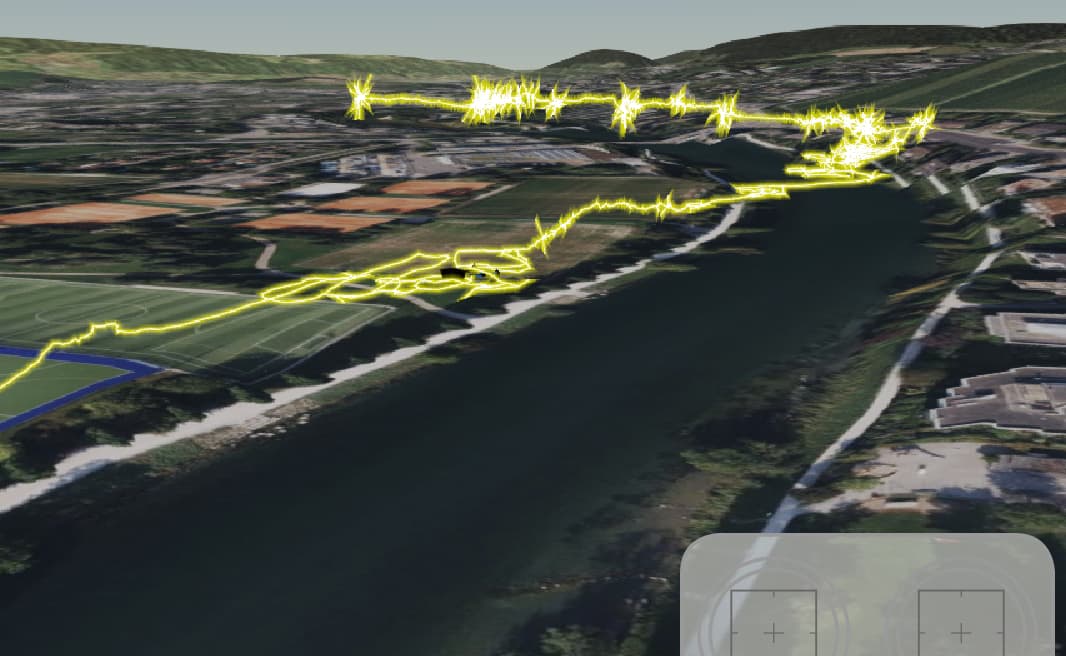 So it was an interseting test, I have verified and checked:

Next objectives now are:

Excited what’s gonna come next as I progress with this project! Thanks for reading this post everyone!

I’m curious why the wiring was originally set up for 2x two cell batteries? Do you know if that was maybe due to balancing the vehicle (e.g one on each side)?

What soldering station are you using and type of solder?

That power module you used is perfectly fine! It only takes up more space than the original PM02, which imo tends to be off when measuring current when current based load compensation is used. I don’t know if the pm06 suffers the same issues. Extra battery pads are helpful for future expansion when you need to tap battery voltage.

Finally I wonder if there is a better way to prevent electronics from water. I see some do plastidip but that really inhibits modularity and expansion. Perhaps 3d printed enclosures coupled with a sealant/silicone to the plastic enclosure seams? Could also use o-rings and seals but that’s getting fancy

So cool! Love it! Can’t wait to see more!

Thank you for your interest Andrew

. To answer your questions:

How about we copy the setup into the docs as a peer of Rovers (UGVs) | PX4 User Guide ?
I can do first version and then you might keep updated?