I have a mini quad running pixhawk with lidar and optical flow for positioning. No gps. Im getting killed on weight and most importantly space and would like to upgrade to the pixhawk mini, but im having a tough time finding info from people that have this particular setup. If I can get a for sure answer on the mini then id like to upgrade asap. At this point I will pay for the information to get this going. My wiring setup on pixhawk is:

What info are you looking for? I also quite like the pixracer, which is a similar size, but has more IO. https://store.mrobotics.io/mRo-PixRacer-R14-Official-p/auav-pxrcr-r14-mr.htm

I ordered pixracer cause it does seems as though it is the closest to pixhawk. I just couldn’t get the optical flow to work. The Lidar and everything else works fine but optical flow just wouldn’t give values.

So I swapped back to regular pixhawk and here’s something funny I found out the hard way.

Original pixhawk has many more I/o compared to pixracer on the Servo rail 6 vs 14. Pixracer is 35mm and 12g. When I took pixhawk out of the hard case it had the 35mm holes in the center and only weighed 17g…I was like wtf.

So in the end I’m back on pixhawk 1. Lidar and optical flow work as expected. And I’m at a 5g difference.

@airfed, you probably already know this, but it worth mentioning for other. The Pixracer shares the same port for flow and gps. The latter is enable by default so you have to disable it for the optical flow to work.

Thanks al, I will do some searching on disabling GPS. I assumed you could run GPS, and optical flow at the same time. Lidar is also on the same port with a i2c splitter, and your saying specifically optical flow and GPS won’t run together. If so that’s great info.

@airfed, I personally was never able to have both (OF and GPS) running on the same port (not even with the splitter), but I might have missed something during my configuration. Perhap someone from the PX4 group can provide the correct procedure.

Yea I don’t have or need a gps at all. Do you have pixracer? I’m slowly getting to the bottom of this. I don’t quite understand all the port settings. I see that the gps on pixracer is serial 3, and optical flow needs a mavlink signal. I’m trying to compare to my pixhawk but it’s so confusing since pixhawk has a dedicated i2c. Can someone please tell me how i2c and gps on pixhawk is transferred to the same line on pixracer. I know I can get this to work somehow. 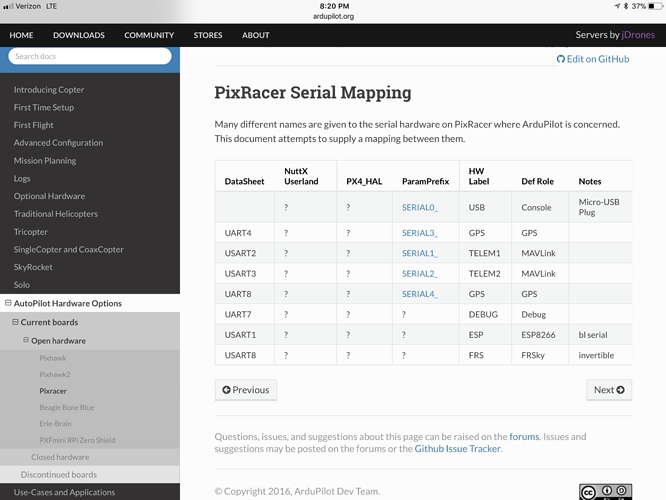 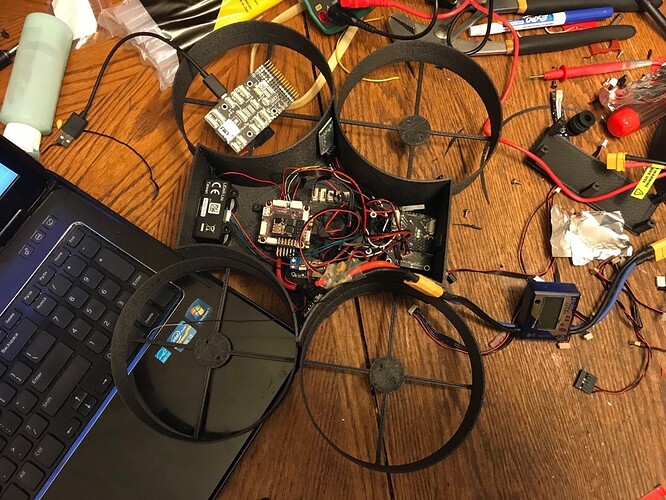