Hello. Im just starting with PX4 and during first arming procedure i run into a problem.
Trying arming a drone. Via telemetry i get this error every time “Critical: Fail: No CPU load information”. Maybe someone know where shearch cause of this problem, or is able to direct me where to look for a solution? 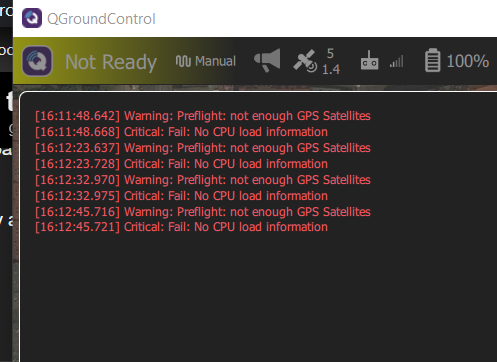 Hi @MSStukan, the CPU load is probably a module not running and/or present, you can check in your mavlink console and type top once to check cpu load (you can check the system modules here Commands · PX4 Developer Guide), most of the time it should be running upon powering up the FC, could you let us know

I encountered the same problem when using a banggood pixhack 2.4.8 and running the v1.12.1 latest release. Downgrade to v1.11.1 solved the problem

Problem solved. I my case problem was in " version of bootloader in version firmware". What i mean … 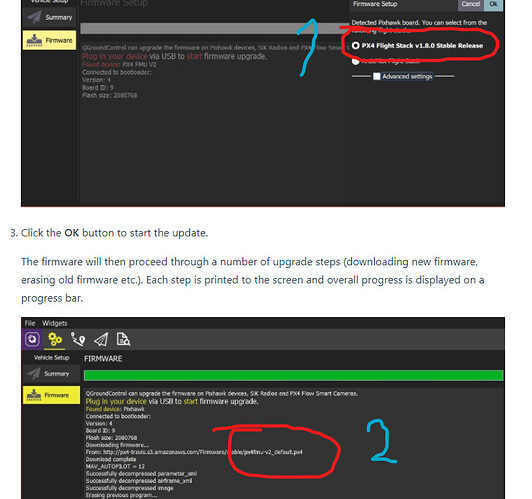 I encountered this problem on a Pixhawk 1 vehicle controller version 2.4.8 as well. I had no issues though, operating this drone with a stable version of PX4 but from one test flight to the next, I started to get the error “No CPU load information.”

All that I had done from the UAV working fine to it producing this specific error was to remove the SD card so I could grab some log files and then I changed the SDLOG_PROFILE parameter setting from “default” to “default” and “high rate.”

This seemed to work and solve the CPU issue! but I was wondering what does this version (SYS_BL_UPDATE) of boot loader does that is different from the standard boot loader and if I’ll have to do this every time I flash my FMU? I find this so fascinating how it fixed the CPU load issue but have no idea how lol. Could the standard boot loader cause the CPU load problem or does something else like mechanical or software cause it? It would be cool if the boot loader works with all versions of PX4 (and what in the world is NUTTx OS version, does it matter?) but I wonder if it’s only certain ones.

Hey everyone, it looks like you all have one thing in common, which is older versions of hardware, you should update your bootloaders as instructed above, whenever there’s a new update, our bootloader updates are fairly stable and typically have security or performance updates to them which you might be benefiting from.