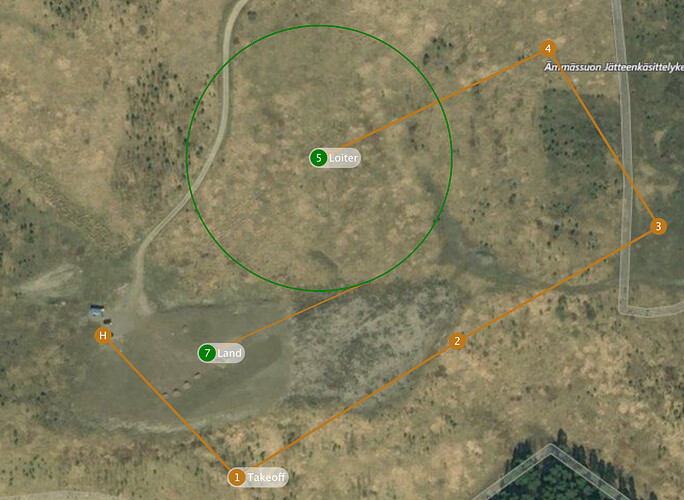 Any idea what is causing this? Seems user interface of QGC creating fixed wing landing pattern could be a bit more intuitive. I could fetch logs maybe a bit later. Hopefully I could get to air field still tonight.

Yes, we need to work on the feedback. What is happening is that your landing spot is way too close to the loiter, so the airplane doesn’t have enough room to loose altitude. You would need to move the landing point a lot further away from the loiter point.

I actually see this error a lot after I’ve upgraded either Firmware or QGC to a newer version and something got out of sync with the onboard mission. Sometimes simply clearing the old mission fixes it, sometimes I have to clear the old mission and also freshly install firmware again. Some sort of ghost…