Creating a new airframe for a new tricopter Y

I want to configure a new tricopter Y using QGroundControl. Unlike the conventional tricopter Y airframe configuration (see Tricopter Y+ and Y- in Airframe Reference), the new tricopter (see image below) has a main motor (located on the front’s drone) that should rotate in the opposite direction to the other two motors (located on the rear’s drone). As the conventional tricopter Y, the new drone has two servos to control yaw. I followed the manual of Adding a New Airframe but I have some difficulties understanding the config and mix files. Also I’m not sure how to make a build after that and upload the firmware file in the controller (CubePilot orange).

Any help would be really appreciate! 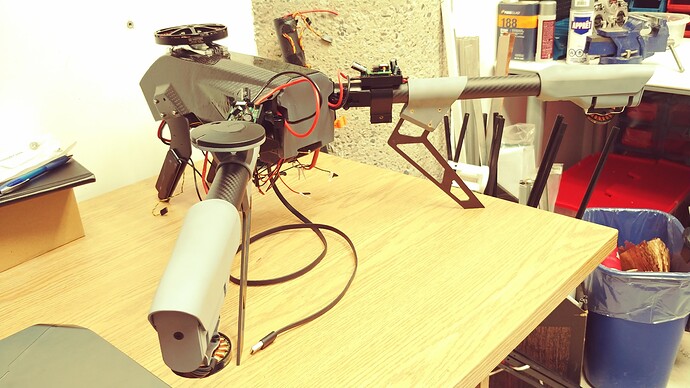