Does anybody have advice about about the most adequate autopilots solution for this platform (Ardupilot or PX4) ?

I guess most of people here have only experience with PX4

What do you exactly mean with thrust vectoring?

Ah yeah so that one is supported by PX4, it’s the “VTOL Duo Tailsitter” airframe.

I am using PX4 for a “VTOL-Duo-Tailsitter” airframe. Except for some minor issues, the system works quite well so I would recommend PX4!

Except for some minor issues

Interesting, I don’t know px4 that much … I was on ardupilot, tried px4 but not with vtol. Advantage of PX4 is SITL with gazebo is more developped that you can try some parameters without real field usage.

Did you try daily release of QGC for horizon level ?
Did you fill issues on github for transition?

Some issues worth to know :

Describe the bug Throttle output thrust drop to 0 (zero) after forward FW transition is completed in any mode that has auto...

Describe the bug When airspeed is blocked (not published) for standard_vtol in SITL, it starts to fly slower and slower (below stall...

VTOL will not convert to FW when motors run

Hello, All tests were done on the bench. We manually set a switch on the transmitter that would allow us to "transition" from...

Describe the bug When I used tailsitter to fly, I found that sometimes(Sometimes it can enter successfully, in the same flight) even...

Honestly experimenting with Ardupilot in Realflight is much more realistic, especially when we need to validate some additions to the code. 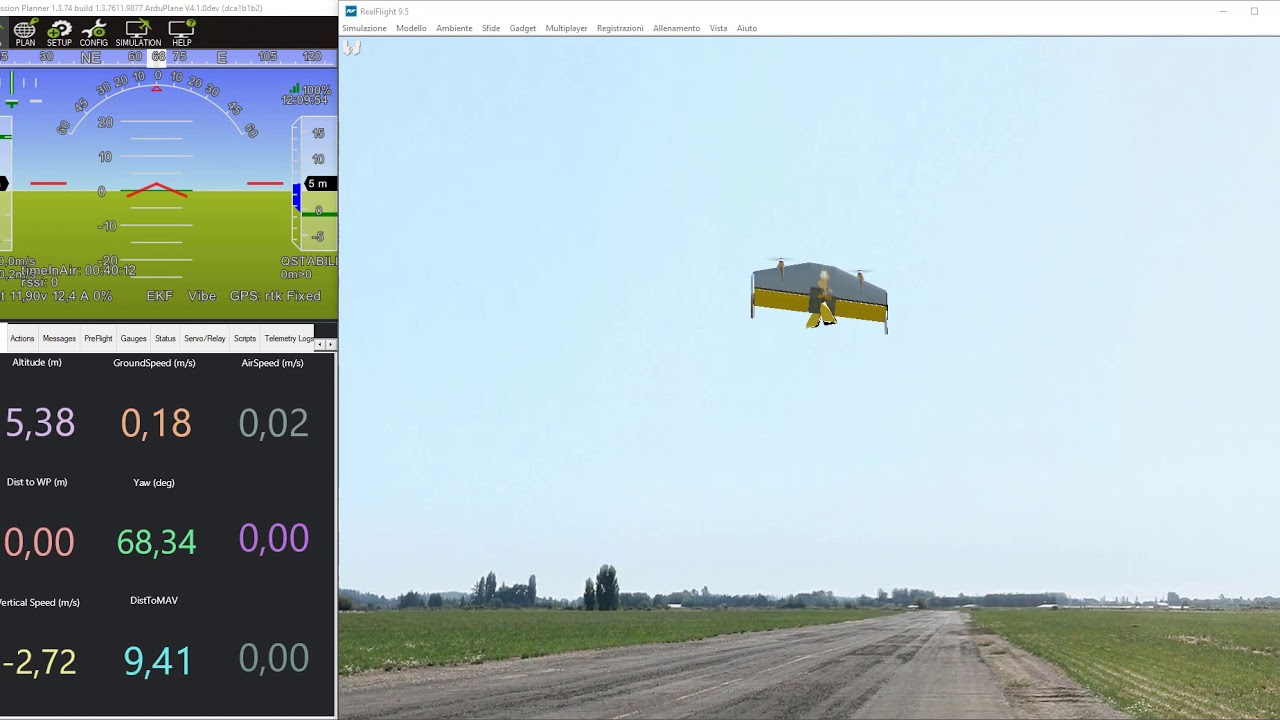 And what does it have to do with what I wrote?

Whether it’s open source or not is irrelevant to what I’ve written.

You compare Gazebo to Realflight which is a non sense :

Furthermore posting a video where a weird “mono” platform is present (Mission planner, it could work on Linux (and Mac) but not that much with poor performance and lack of full support. Mono crap thing … ) is definitively not relevant : Mission planner doesn’t support PX4 fw whereas QGroundcontrol support both …