Hi All, I’m a college student undertaking a project and would like some advice.

As stated above, I’m trying to get a drone with a PX4 and two Teraranger LiDARs to perform very simple wall avoidance. i.e. the drone even with no user input would self correct away from walls. With one mounted vertically for ground clearance checking and one mounted to do 360 horizontal sweeps. As this is for indoor use GPS is not a thing.

I’ve surmised that there are several different hardware configurations to approach this problem:

Could anyone opine on which option you feel would be most appropriate for the tasks I’m trying to accomplish? Any feedback would be most welcome

Option #2 gave us the best results. However, we used an Odroid XU4 as a companion computer instead of the Raspberry Pi. 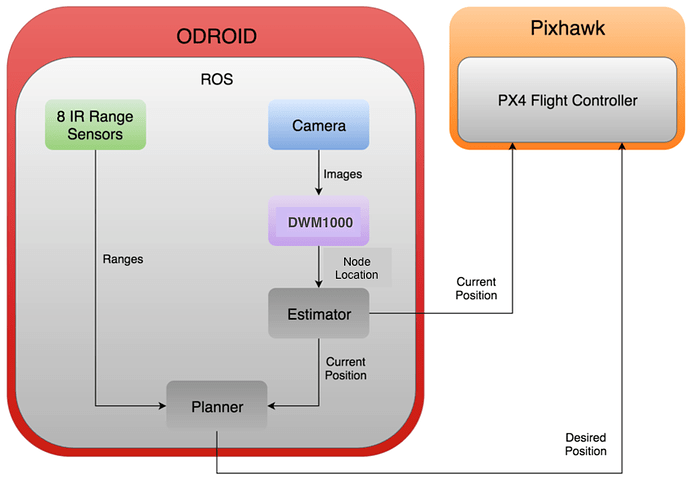 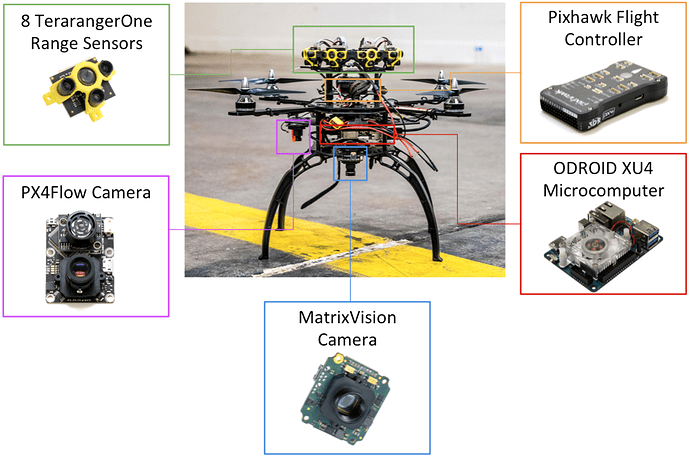