Is it possible to connect LED strip WS2812B to Pixracer somehow? Can PX4fmu_v4 support LED boards like below for example: 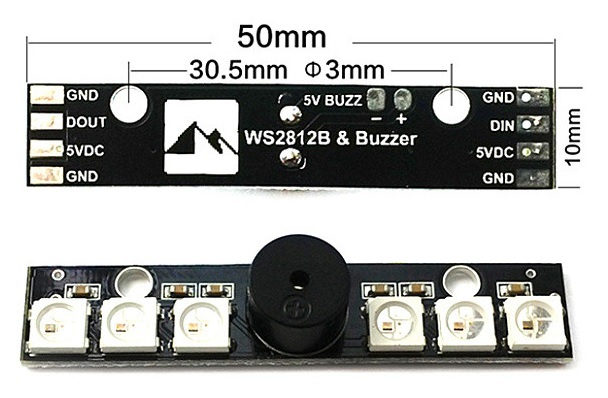 Or perhaps just simple WS8212b strips. Would be great for navigation lights…

Odd, I never saw this post earlier, sorry. It should be possible if you implement the IO protocol in the FMU driver (src/drivers/px4fmu) and configure one of the GPIOs to drive the pin.

Any instructions for doing this? Pixracer is sutch an advanced FC i can’t believe it doesn’t support WS2812B LED out of the box.

It would be a function of the firmware, not the controller it’s self.

oh, ok… thanks for the clarification, I’m new to PixRacer coming from Naze32, In a land of so many FCs supporting these programmable LEDs its just surprising.

So I decided to follow Painless360s tutorial on setting up the PixRacer and put PX4inside firmware. Would I be better off with the Arducopter firmware for wider support?

My understanding (and I’m new to PX4 too, i’ve come over from APM) is that PX4 and APM are broadly similar right now, but PX4 has more advantage to implement new features as it doesn’t have the legacy of old hardware to support which APM does. To keep the thread on topic, I’m not aware of WS8212b support in APM either.

Any update on this topic?

Any updates on this?
It would also be a nice feature if this can be controlled using a MAVLink Message. For example, a companion computer which is connected to the flight controller can send a mavlink msg to make certain LED patterns.

@LorenzMeier if there is no progress on this, I can give it a try and implement a driver. But I will need some guidance e.g. sample driver to start with. And which GPIO would be appropriate for this? AUX pins?

Also as I mentioned, I would be interested in controlling the LED via mavlink msg from a companion computer. But I am not sure if there is an appropriate mavlink msg for that.