Hi, I am aware that Px4 is not officially supported by the navio2 platform. I have been successful in running arducopter with my setup before and know that my setup is good because of this, but our team wants to move on to use Px4. I have pushed Px4 to the board and can run all preflight checks and calibrations just fine. The issue I am having comes on takeoff. What I am experiencing is that on takeoff, at about 10% throttle one of the motors will stop spinning all together. This is before the drone even takes off. The hardware is connected properly; motors are in order, spin in the correct direction, and all can get power. When the PIC played with the yaw he could get the “dead” motor to spin again but he didn’t see this as a viable way to take off.

In the lab, with the propellers off, I could replicate the issue and noticed as I played with the yaw the motor that was “dead” would switch. At low throttle, all the motors would spin, but as the throttle increased and the yaw was played with the motor that would not spin would change, sometimes there being two at a time but always at least one dead motor.

I tried setting the PWM_MAIN_MIN parameter to something higher but this just made it so that none of the motors (excepting the “dead” motor) would ever stop, even at no throttle. The issue still persisted even through this.

Setup Info:
The image I am running on the pi is Linux navio 4.19.83-emlid-v71+ #2 SMP PREEMPT
I don’t have the px4 version but I can get it if needed.
Here are some pictures of my setup: 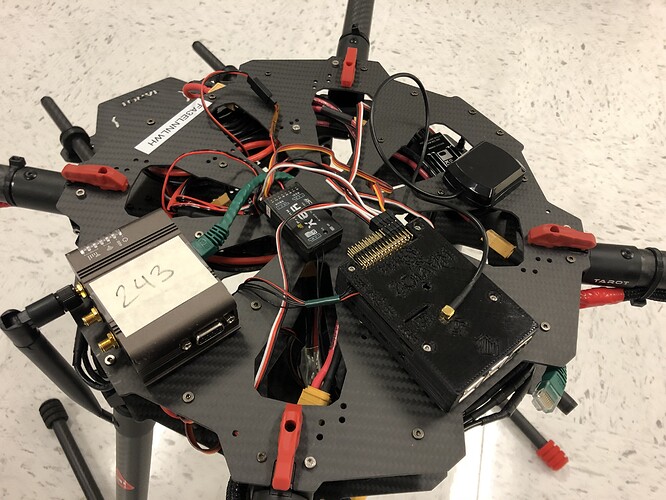 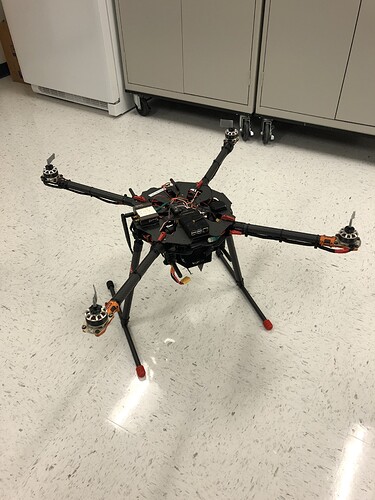 I also have a video showing this behavior if needed.

Hi, we are also trying to use PX4 on navio2, we are in the first step, the instalation. Do you have a tutorial for it?