How did we lose the attitude?

This is our first build of a fixed wing around Pixhawk 4 Mini ( PX4 1.9.2) coupled with range finder (TFmini+ on UART4) and an Airspeed sensor (Holybro MS4525 on I2C).
Project Name: Aviones Autónomos Aragón.

With QGC 3.5.4 on a Mac, everything was working until we noticed that Manual and Stabilized weren’t converging (Aileron and elevator were inversed between both modes).
So we decided to re-wire the servos according to stabilized mode behavior and patatra!

For #1, we brought it back to life with attitude_estimator_q start in nsh . But we have to do it on each reboot, and we are still wondering how it disappeared from the boot sequence and how to put it back. We’ll look to System startup this week-end.

For #2, we’re still struggling ms5611 start seems to be working but we still have the Baro0 error and some warning after the instruction 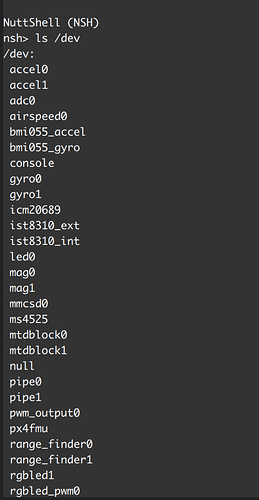 The SYS_CAL_BARO has no effect and only disabling the HAS_BARO allowed to go further in the Preflight checks.

For #3, it’s a mysterious mystery. As you can see in the ls, we have an airspeed0 and MS4525, we can calibrate it (green light in the sensors tab) but still blocked in the Pre-flight checks. The ms4525_airspeed start -b 2 command says its already started.

We rebooted and rebooted, hard-reseted, restored parameters to default, restored a previous params file, changed the airframe model, tried to replace PX4 by ArduPilot (by way firmware links for ArduPilot are 404) but no success. The most tragic is that all this was working nicely.

Any advice would be helpful.

Thank you in advance

ArduPilot firmware links shouldn’t 404:
http://firmware.ardupilot.org/Plane/stable/PH4-mini/ is up and fine.
What links didn’t work?

This is what we did 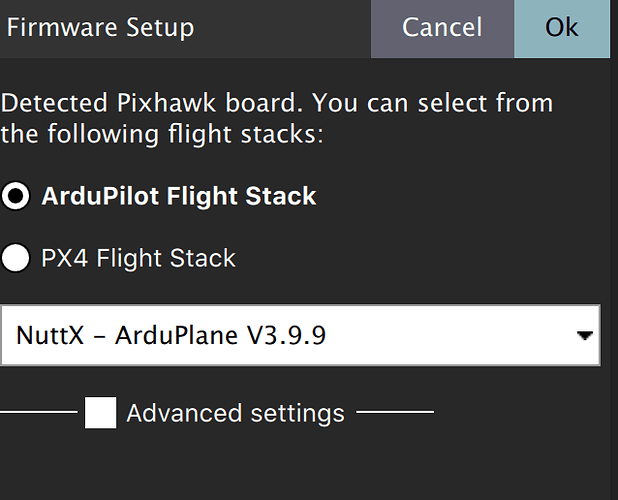 And when selecting custom firmware, we can only select files with px4 extensions

@auturgy
Looking in the forum, we noted in one of your posts that v5 is Chibi and not Nutt.

Let’s not hijack this forum with too much ArduPilot chat, but it looks like qgc isn’t giving you the right firmware.
I thought that was fixed, but perhaps not in the qgc version you’ve got.
In ArduPilot, “fmuv5” etc is just a base firmware. Board specific firmwares should be used where available, in this case “PH4-mini”, as per my earlier link.
It shouldn’t be necessary, but you can just change the extension to .px4 from.apj as they’re actually the same json format.
PM me if you have any other questions on ArduPilot.

@auturgy,
i agree thats not the good place and far from the problem we try to solve.
Thanks for help.