Hi, I’m trying to build my first drone using the following set up:
-Tarot 680 pro frame
-Pixhawk 4 flight controller
-Radio Link AT10 II transmitter
-R12DS reciever
I installed Qground control and I was setting everything up to prior the first flight when I got to radio settings. Whenever I try to calibrate that tab, it drops and error " [Detected 0 radio channels. To operate PX4, you need at least 5 channels". Please keep in mind that this is my very first drone built ever. I’m not an electronic engineer but just a mere hobbyst. I might wired something wrong that’s why I attach the following pics in case anybody is up to help me 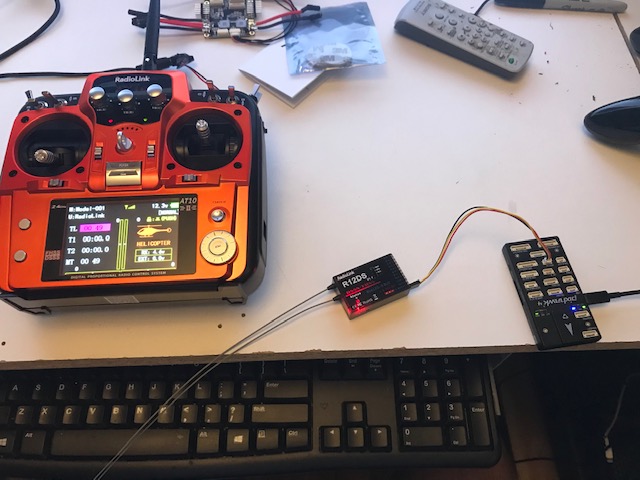 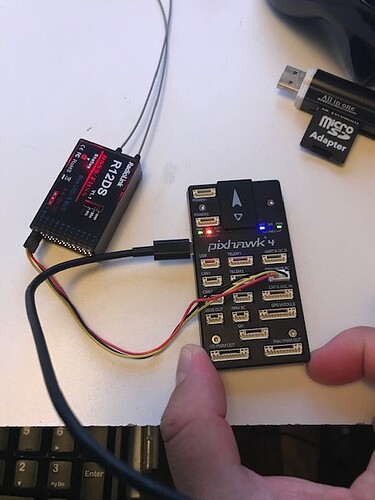 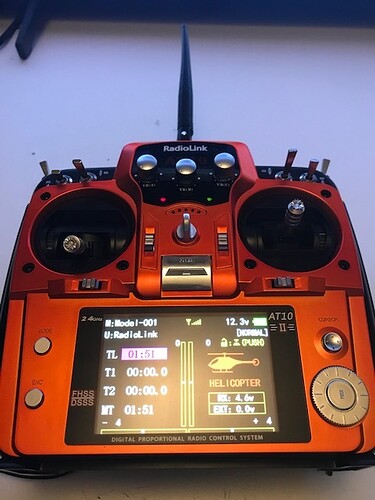 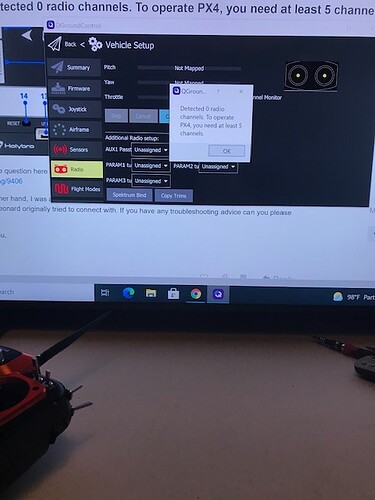 Don’t be too hard on yourself, we are all here to learn. I am unfamiliar with the TX/RX but I did find the manual for the receiver here:
https://www.radiolink.com/r12ds_manual

My recommendation is to ensure it is SBUS mode and see if you can bind the RX/TX together then try to connect it in the DSM/SBUS RC port.
RadioLink TX/RX are not listed as inherently compatible according to the documentation here: Radio Control Systems | PX4 User Guide

My recommendation is the FrSky Taranis X9D plus with rechargeable battery and X8R RX as that is what I use, but I would only recommend it as a last resort if you can’t get the Pixhawk to connect to the RadioLink TX/RX.

The steps to bind the RadioLink TX/RX together is within the manual. If they bind together but QGroundControl wont register them in the DSM/SBUS RC port then I would recommend the PPM RC.
You will need to buy an PPM encoder if you want to try the PPM output with the Pixhawk.

Also, if you are still very green, the pinout of the pixhawk 4 is always handy. It can be found here: http://www.holybro.com/manual/Pixhawk4-Pinouts.pdf

A good read on the different TX/RX protocols can be found here: Hopefully this helps you reach the next step in this journey. There can be a steep learning curve to anything you’re unfamiliar with so remember to take breaks but never give up. Persistence is the key. Every expert mechanical engineer started out as someone who knew nothing but was willing to learn.

Let me know of your success/failure as they can form breadcrumbs for others to follow or avoid.

Hey Christ, thanks for replying. I went over all check list, pairing binding transmitter-Receiver, checked connections to and from FC-reciever and nothing worked. I also check what you kindly suggested with no luck. I just found the solution and the issue wasn’t on my end. I did everything correctly. The issue was the firmware. I reinstalled the firmware on my pixhawk 4 using QgroundControl. Not the stable version of pixhawk but the “developer build master”. That did the trick and could get the radio set up. For some reason I don’t fully undestand whenever you connect the DMS/SBUS RC output on the pixhawk 4 to the SBUS on the R12DS, the firmware recognizes the rc input only on that version of firmware. Altough, I did my homework and read the manuals on the pixhaw, ardupilot, AT10 II, R12DS, it seems like a bug to me.
Thanks again