And everything good with the first setting, but the drone with Drotek doesn’t flight good in Position Mode or in Mission Mode. It’s started to toilet bowl or even went to a failsafe “no global position”.
When I tried to investigate it, I’ve found that even if I rotate the copter with Drotek GPS on 180 deg it doesn’t estimate this rotation right. It estimates the rotation around 150 deg instead of 180 deg. Also it have some kind of the slowly changing estimations: when I just stopped the rotation it estimated yaw around 280 deg and after several seconds it slowly came to 252 deg.

I’ve made experiment of rotation copters on the ground using laser level as a reference, to check rotation on 180 deg: 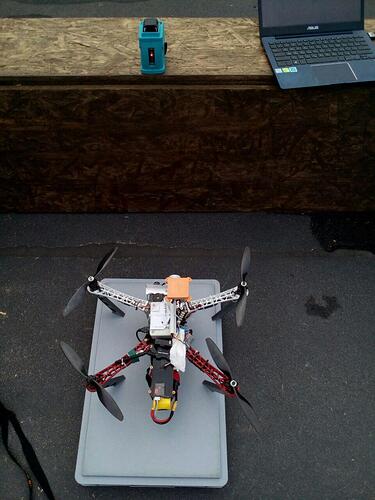 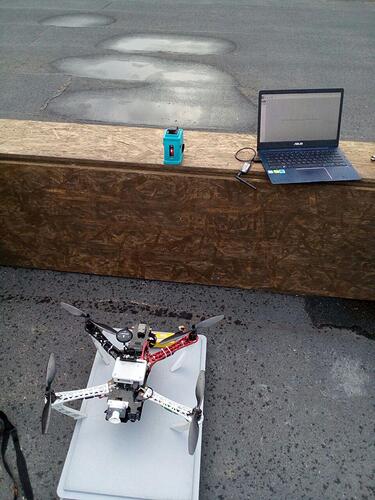 It’s easy to noticed that Drotek’s compass has this kind of problems described above.

To get your more information:

Can someone help me, what can I do to fix this yaw estimation errors?

Hi @szobov ,
It could be that the mag is subject to soft iron effects. Can you place the Drotek mag where you placed the Pixhawk4 one and repeat the experiment?
On the drotek one, the GPS reports more jamming that on the other one, are you running the exact same things and components on both setups? (especially camera, and companion computer)

My understanding is that v1.8.2 on a FMUv2 Pixhawk may not have enough power or software capability to run an RTK GPS module. I’d try swapping the DP0503 for the ublox N8M, matching it with the more powerful controller. And if you upgrade to PX4 v1.9.2 you will have a lot more capability at your disposal because this newer version has much better ability to use higher performing sensors.

We plan to use a ublox ZED-F9P GPS/RTK receiver very soon, and will be using PX4 1.9.2 for the testing. Your experience gives me a heads-up in case we run into the same issues.

@bresch lis3mdl is not supported for last release of firmware for FMU_v2, isn’t it? Or do I do something wrong?

Hi, I am working on a same project: a localisation and guidance using Drotek DP0503 RTK XL M8P and i want to use the integrated compass LIS3MDL for guidance.
I have an Arduino Uno, is it possible to use it as an autopilot?
And can you please send me the configuration of the DP0503 to be sure that’s right?