Hello, I need help)
My first steps in PX4.
2 days try to make servo working on AUX1 or AUX2. 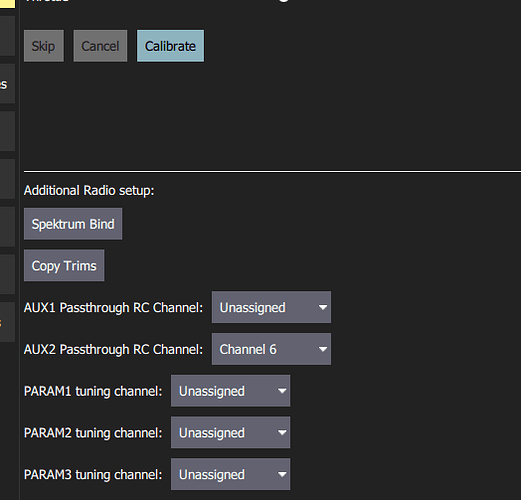 Which autopilot do you have and where did you connect the servo?

Take a look at the mixing documentation here.
https://dev.px4.io/en/concept/mixing.html

Depending on your autopilot and airframe chosen you should have a passthru mixer on the AUX outputs. 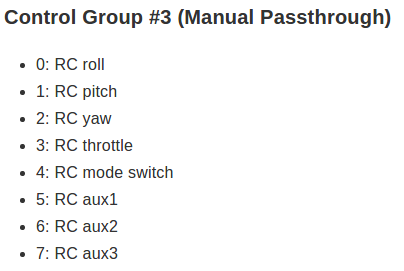 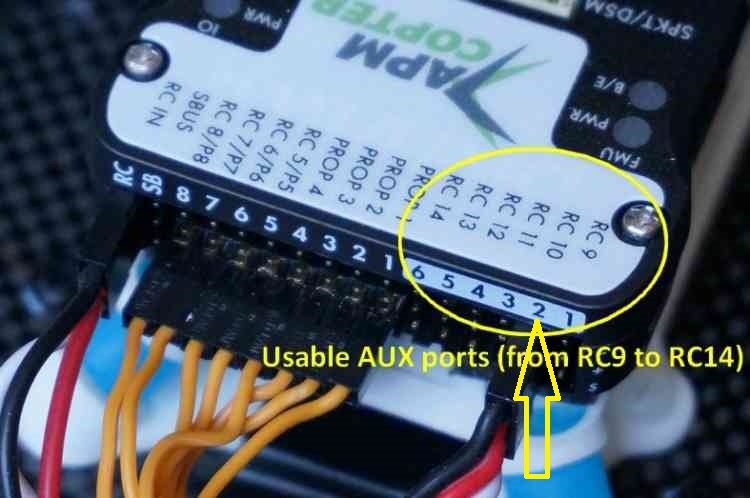 That top APM Copter label is only relevant for that firmware.
Look at the manual passthrough documentation I posted above. Passthrough AUX1 input defaults to AUX6 output.

Hi I have a similar problem right now. I’m using v1.10.1 of px4, and I’m using the basic pixhawk board. I modifed the mixer for a tricopter such that I have the 3 motors on MAIN1, MAIN2, MAIN3 respectively, and the 3 servos on AUX1, AUX2, AUX3 respectively. Thus, I have two mixer files one for the MAIN outputs and one for the AUX outputs (ie. xxx.main.mix and xxx.aux.mix) and I set them in my config file using SET MIXER and SET MIXER_AUX respectively. Please see the pic attached.

And it is my intention that the second line allocates manual passthrough to any channel on my RC that I map to RC_MAP_AUX1 in Qgroundcontrol. Now I have done this, I can arm the drone and the rotors and servos are working fine with respect to roll/pitch/yaw but when I try to manually move the servos as I want to using the channel I mapped in QGC, it doesn’t work.

My pixhawk is pictured above. And I defined my .aux.mix file accordingly with the first declaration being Servo1 followed by Servo 2 and then servo 3. And I connected them just the way it is shown in the picture using AUX1 as the first set of pins on the right end of the Pixhawk servo rail and then moving left.

Your post suggests that I have mixed and connected to AUX6, AUX5 and AUX4 respectively in that order unless I didn’t understand you. Can you please clarify?

Or is it that for normal mixer allocations then the labelling is valid as I have done but then with passthroughs it AUX1 starts from RCAUX6 as labelled on the pixhawk?

Thanks in advance for your response.

Were you able to resolve this issue