The issue is the following:

As soon as disabled, even if throttle is low in stabilized mode, it performs a Violent Agressive Uncontrollable Roll During Takeoff.

as you can see, MAP is all over the place. This is not true as it never took off!

At first, reformating the uSD card and re performing sensor calibration was fixing this issue, but apparently it is not related to that.

What I can say is that I tried to perform all the sensor calibration using only the USB cable, it was not fixing it (even after a reboot). Then, I have connected the battery, performed all the calibrations and it was working.

Uncertainties:
1- regularly we are getting low power avionic messages
2- temperature is changing the day 5oc in the morning to 20oc in the afternoon, temperature related?
3- Sensors like compass, etc. are calibrated via WiFi.
4- We are using Spektrum AR7700 PPM receiver.
5- Last time I saw this, RC PPM INPUT was unstable, the Receiver’s cable was not connected properly, and using TOOLS -> WIDGET -> RC RAW, channels were all over the place.
6- With the ACSP5 (PixRacer’s power Module) a capacitor comes with it, what is it used for?

Would this be related?

We have calibrated the GYRO at maybe 23oC and we were using the quads at 8oC but it is Spring here and temperature variation went from 8oC to 18oC that day.

Do you know if large temperature variation could do this problem?

It looks like something is corrupting the GYRO calibration data.
PREFLIGHT FAIL: GYRO SENSORS INCONSISTENT - CHECK

It should not arm if GYRO is unhealthy, unless this occurs after TIP OVER…

You have super high gyro offsets, which is the root cause. This could be temperature related, but we do have temperature compensation support in v1.6.

Where did these board come from? Who is the manufacturer? 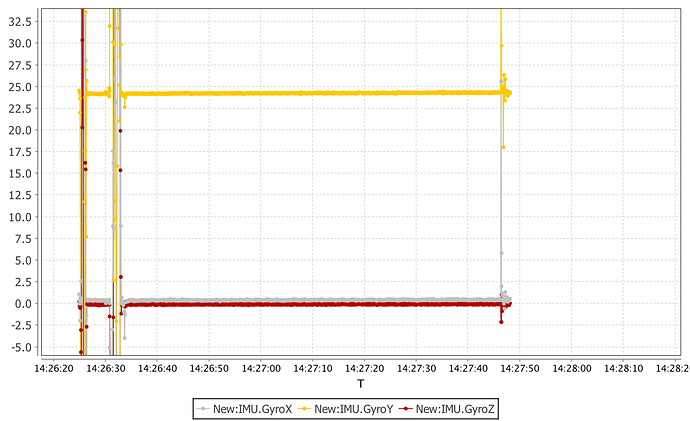 Before I answer your questions, let me say that we might be responsible for this issue… Looks like it is an overheat problem. I am about to cover my head with a brown bag… 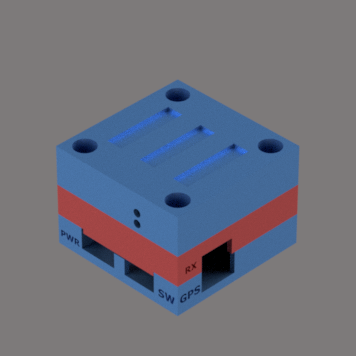 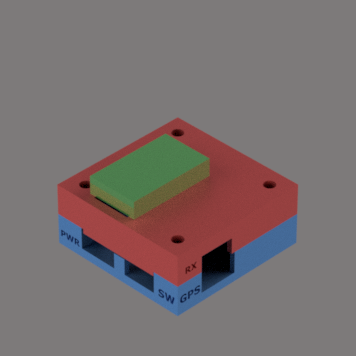 With the WiFi Daughter Board, we have added a resistor to heat-up the enclosure so that temperature would stay in a functional temperature range. Heat dissipation is less than 0.75W, which is enough for the application. But obviously, it looks like it was maybe too much…

What I believe is that V1.5.5 does not incorporate the temperature compensation, or at least, it is not as efficient as v.1.6. I have tried latest Master (From 2017-04-15) and I have to say that I am very happy with what I have tested.

Any idea when next Stable version will be released?

For now, temperature outside is much warmer (Spring in Canada) so we have disconnected the resistors.

At -20oC we had no choice, WiFi daughter board had to be warmed up to communicate with QGC.

Boards are genuine PixRacers from www.auav.co
It is important for us to use genuine hardware.
We never had hardware issues so far after I would say at least 60 units, exceptional quality and reliability so far.
And the support is fantastic.

It is much more stable, it only happened one time since we have applied the corrective action.

Unfortunately the issue came back. We got the issue today.

Always the same circumstances, colder in the morning, Sun heats up, temperature rises and it does it.

For now, we are still using 1.5.5, I know you told me to use 1.6.0 RC1 because temperature compensation has been implemented, how far are we from stable release?

Thanks for your help !!! Always appreciated !!!

You will need to calibrate your boards before you can use the feature. In order to do that you would need to follow these instructions.

Normally they are followed by the board manufacturer.
https://dev.px4.io/en/tutorials/sensor_thermal_calibration.html#onboard-calibration-procedure

We are getting there, ver 1.6.0 RC1 has improved the issue a lot, but unfortunately it is still there.

We always pay attention, and this happens randomly, as per our observations, it is not temperature related .

I found this thread, that describes exactly the same thing:

If we could only have a Preflight Fail Gyro Check that prevents the arming, it would be nice.

I really think there is still an issue with that during system startup,