This thread is for users of the new Pixracer flight controller. Feedback would be very welcome.

Here is an image: 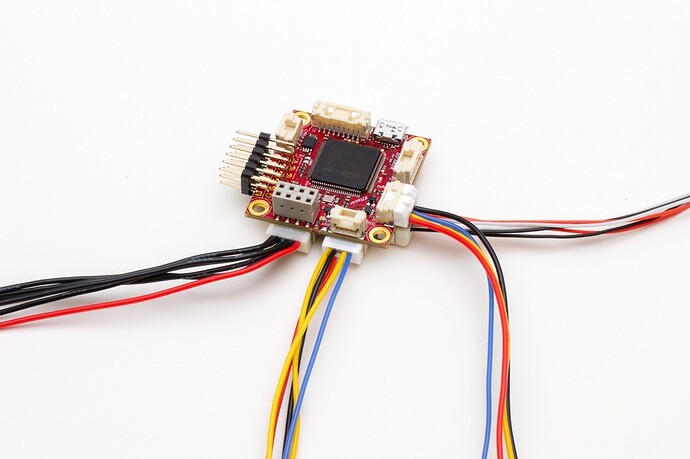 Note: The above image is of a Beta PixRacer. 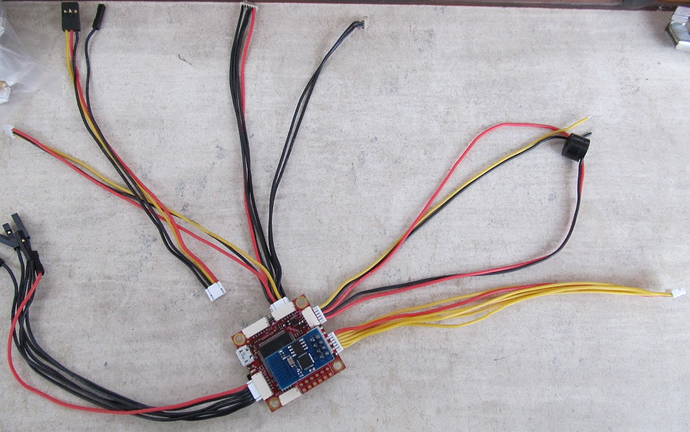 PixRacer Production board and trial fitting with new JST GH connectors. They really are much better than the Molex Clikmate connectors that were featured on the Beta Boards. Note the power cable’s distinctive Yellow and Red coloration.

A question: on many images of the production Pixracer I see the wifi module. It’s also often mentioned in various documentation. Originally, it was supposed to be optional, and it’s not listed as an available option in the Pixracer preorder at AUAV. Does the preorder include one per default, or will there be an option to buy the wifi module separately later?

Olex, The 8266 is an evolving option. Initially I was skeptical of its benefit. After using it and my discussions with Lorenz, I think we need to make this an included feature on the PixRacer specification. The ability to offer cable-less configuration via most portable devices is a huge benefit. We are making final adjustments to the software and integration for these boards and I need to acquire a larger quantity of them. If you have an existing ESP-01, flashing it is very simple.

I see. I don’t currently have an ESP-01, waiting on my Pixracer preorder to ship, this is why I asked if it’s included. I wasn’t aware that it’s a standard module (thought it was something custom developed for the Pixracer, similar to the ACSP4), and a fairly cheap one at that - will probably get one myself now that I know of it, and then flash it with the corresponding firmware.

One “nice-to-have” thing that comes to mind would be an option to turn the module on or off using an RC channel. This way it can be enabled when needed for configuration or mission planning/upload, and then disabled during flight to prevent interference with the 2.4G radio control.

There are really 4 features that set for the very near future. They are:

I have ordered a large quantity of these boards, my intention is to add them to the default configuration. I am also planning to send a flashed module free of charge to all pre-ordered customers. I want to do this separately so we do not delay getting the boards out ASAP. I will have more on info on this in the near future. Thank you for your support!

Philip, will you add WiFi module to EU pre-orders too?

Yes, just waiting on the firmware to be complete.

External Baro: Could it be possible to integrate an external MS5611 Baro via I²C (pretty cheap GY-63 BOB) into the PX4 flight stack for the Pixracer ?

Reason: Although I guess that this is not a prime topic, some of us are suffering certain frame and cover related baro effects (with AC FW, but I guess not FW related) which could have been resolved with an air intake solution, which is not easy to realize with small boards like the Pixracer.

If this would require too much work, never mind.

If not,I´ll be happy to test this as soon as my Pixracer trial quad is ready to go.

That’s already supported. The Pixracer case will get a proper static port.

Thx, so I don´t have to disable the internal baro manually ? Or am I to blind find it in the parameter list. ? What is meant by the static port of the Pixracer case ?

I have some sample cases coming where we intend to add a nipple so that a static port can be located in the best location and provide barometric feedback to a chamber that will seal off the barometric sensor from the rest of the case. Example: https://www.shapeways.com/product/SEHY73E6U/pixrace-v1-bottom-case . Once I get these cases, Mark W. and Myself will experiment on the best location for the nipple.

We took great efforts to improve on all existing baro designs to provide the best electrical environment possible for the barometric sensor. It is now located on the FRAM bus where it has almost all the bus to itself during flight. This change occurred from Beta to Production and the results were amazing.

Nice to hear. I thought that I could get away with a sandwich (instead of a case), but I won´t miss out on this important feature.

Most racing platforms will want bare board. In which case foam is best used. Are you typically flying PX4 or ArduPilot?

This possibility has become part of Arducopter lately, that why I asked. I know that this a PX4 forum, about baro foam and how to install bareboards;-) . Did it usually like this : 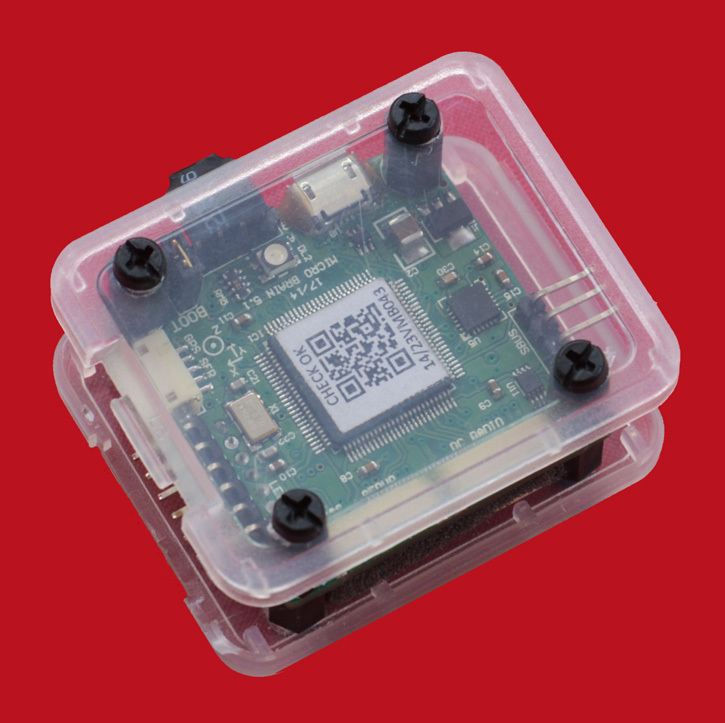 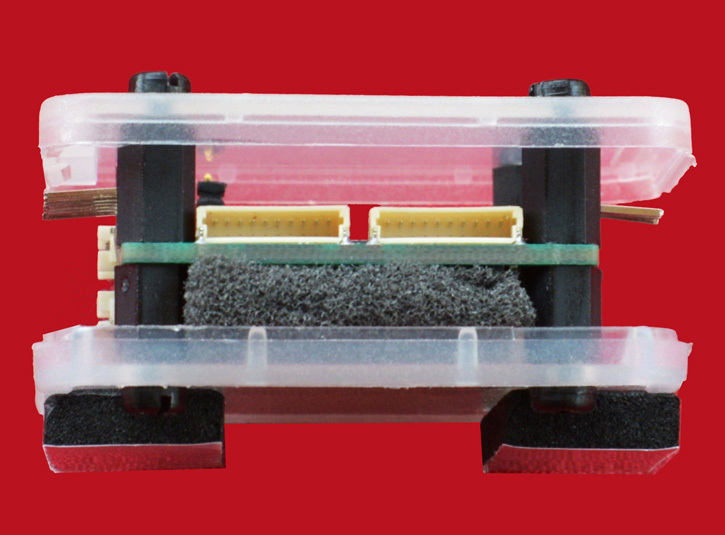 But since you asked, with Arducopter this uncovered solution often caused alt drops at fast forward flights depending on frame type, so I guessed that PX4 (I did not try for two years) behaves similiar. Another (mech.) issue was, that the foam usually covered as well nearby active components, getting warm for nothing. Thats why I asked, if its possible to attach an external 5611 BOB Already got one. But a case with integrated pipe cover is even better.

I am going to suggest that you give PX4 flight stack a test run. Mark and I did a lot of testing on this issue. I think you might be surprised with how it handles this same condition. If nothing else it may be a great learning experience.

Sure… I´m posting and asking here, because I´m going to use the PX4 stack (I know nothing about yet) with the Pixracer.

Btw.: I would be happy, if you could share some details of your test builds, e.g. I´m not too sure about vibe damping requirements of the PX4 stack with the lightweight Pixracer.

Any build recommendations would be highly appreciated .