Hello, I have built a new Hexa which refuses to spin its motors. In addition, I suspect the servo outputs are very suspicious. The hardware is a brand new Pixhawk Cube, flashed days ago with the latest stable. The vehicle has had its various sensor, RC, ESC calibration steps (many, many ESC calibrations, apparently successful).

Here is a link to a log I have uploaded to clarify what I have found. 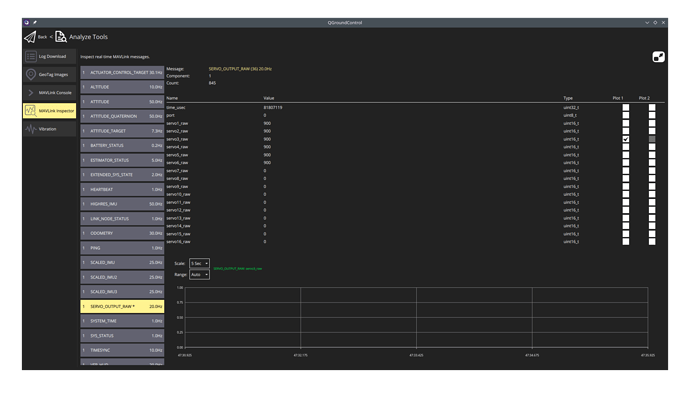 Notice that the value is reported as 900 but nothing is plotted. Not sure if 900 is just a placeholder value. 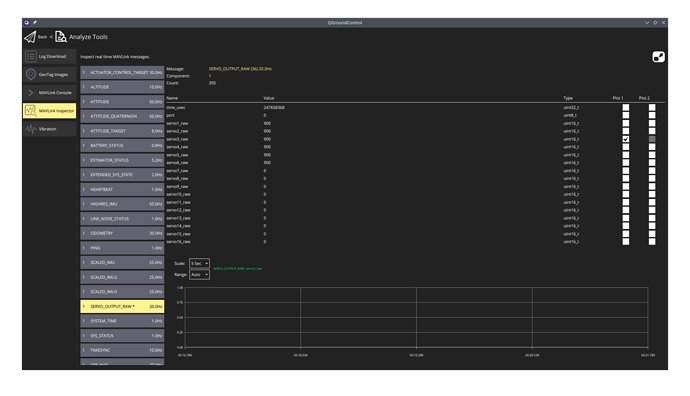 So, this is the problem more or less. QGC seems to report a sawtooth pattern that the log does not but judging by the behaviour of the ESCs, it seems that they see a high PWM so I assume the QGC report is correct. Apart from what I have described (which reflects the log I have uploaded), I have also tried arming and disarming, using both QGC and radio. The Pixhawk seems to think the arming is happening but the ESCs do not seem to agree.

Replying to answer my own question. It was human error. My ESCs are DShot capable so, when building, I had plugged them in to the AUX outputs according to the documentation here. However, when I got to flashing and configuring, I forgot about configuring for DShot via SYS_USE_IO.