Lidarlite v3 driver does not automatically start with I2C

I never found this problem on my old Lidarlite v3 which bought since 2017. I found couple of issues post in px4discuss and github, however, it has not fixed yet.

The attached images show how difference between 2 sensors (only name plate). i manually start and driver could start perfectly sometimes, it is not 100% as image number 2, i found the failure 2 times before it works!! 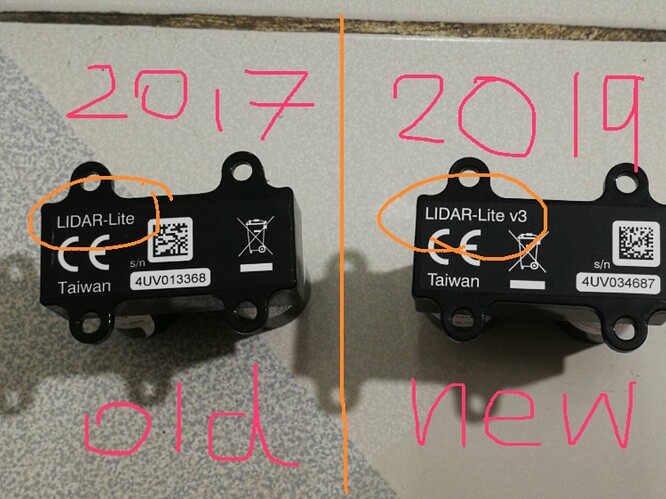 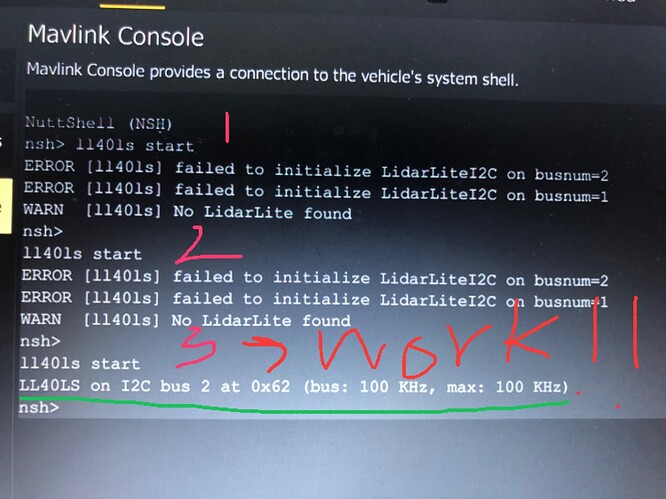 Hello, I have also have a similar issue. I have two different Lidarlite v3s (both have 2019 label as shown in picture above) and two different pixhawk 4s (tested firmware 1.8 and 1.9) and have tested them both similarly in the console. If I repeatedly do a “ll40ls start i2c” over and over again I can eventually get the ll40ls driver to start. Sometimes it takes 10 times or more. (I figured this out by accident as it just started for me once randomly, and after repetitive testing it started again)

Has anyone else seen this issue, or have a solution?

Other things to note: Tired with both powering the lidar from the I2C buts and from external power supply, tried both with capacitor and without, have never seen it start successfully on PX4 boot

Hi. Jake Dahl and I made a small change to the driver today that might impact this issue, (possibly the same as this issue). Could you test the current PX4 master branch and see if there is any difference? If the issue remains I’ll keep digging around to see what else might be contributing.