I’ve been working on a map-based visual navigation software called GISNav. The idea is to have a GIS or map server on an airborne drone and compare what the drone sees to a map of the same location to obtain an accurate global position fix. I’ve linked a video that demonstrates it in PX4 SITL.

I see it as a complementary to GPS, although in some scenarios it could act as a backup replacement.

How would you see the role of such a navigation system - is it just a GPS backup or something more? 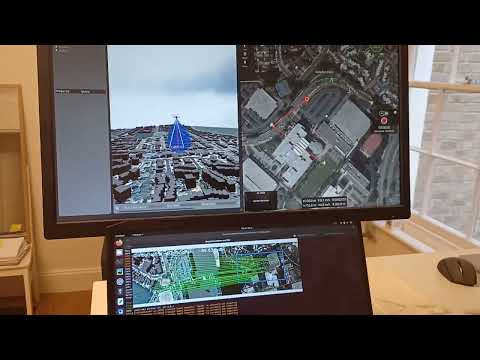 That’s pretty cool! Post this on the slack channel too.

Thanks for the tip @ryanjAA ! I found the visual-navigation Slack channel and posted it there too.