Recently I connected the telemetry to a serial port in a desktop and got a shell command in the receiving window, just as the pic shows. 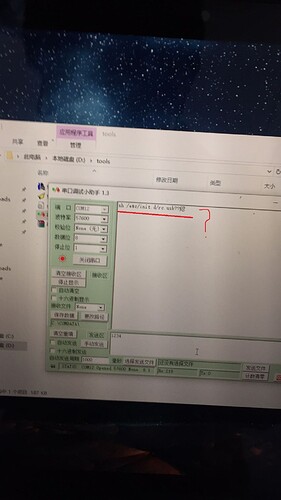 Will such a string be sent without wrapped in mavlink stream? Is there any other cmd strings like this existing independent of the mavlink protocol format?

I was curious about how it got parsed inside the state machine in telemetry? Does this kind of strings really exist?

Which GCS are you using? Which Firmware version? I think this string is just sent in the beginning in case an NSH shell is running instead of mavlink. The script would then exit the shell and start mavlink. In case mavlink is already running, this string will just be ignored.