What happens to old logs when SD card gets full? by Charles Cross

Couldn’t find an answer in the user guide - what happens when an SD card fills up from logging for a long period of time? Do old logs get rolled over, or does everything just stop? (edited)

Any one link Px4 with matlab simulink ?

I found it confusing that home position can move around & be non-zero (not at origin). As well as the exact definition of when and how local position coordinate gets defined. Is there a good documentation on this? If not, I would like to create it, so could anyone share some thoughts / experiences on this? 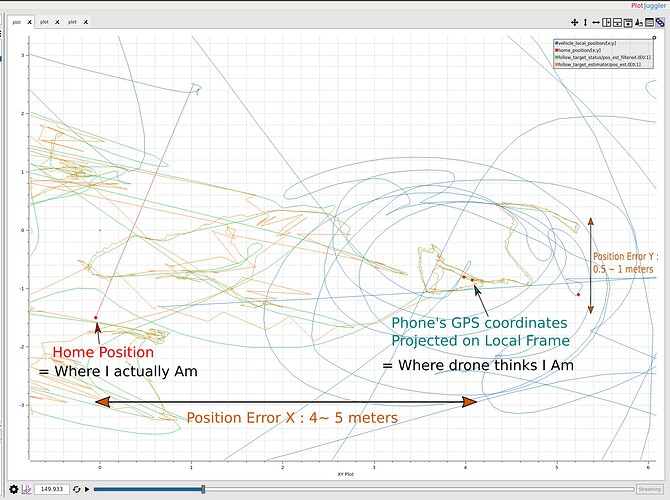 Updates from the team

Using Nuttx with up_dma_rxcallback called off of RX IDLE stm32_serial_dma_poll i…s not needed. Tested with V5X and PX4IO with SBUS. Probed for rate and confirmed there is no ISR storm. Will need NuttX changes unstreamed and backported.

## Need When flashing a firmware, it was tedious to remove the cable every time… (since QGC didn't allow rebooting the vehicle in the Firmware tab). The ability to simply reboot & go into bootloader mode was needed. ## Suggested change ![image](https://user-images.githubusercontent.com/23277211/161780732-a1d489c1-cddd-404f-9b9e-c1691ec7ed28.png) - Added 'Reboot Vehicle' button that shows up in Main Toolbar (in all Vehicle setup / Analyze Tools / Application Settings) - Changed messages in Firmware tab to guide user to use this button to upload new firmware (without the need to unplug & plug the USB cable) This Resolves #10242

## Description This is an issue to track tasks & have discussions on improving …the Control Allocation user experience. I previously had a google doc to keep these tracked, but now making it public on Github repo to make it more transparent! ### Why The Control Allocation is already implemented : #18776 and after the upcoming release of PX4 v1.13.0, it will be the main controller. So making the user experience as smooth as possible is important, so that every user can set it up without confusion. ## Discussions ## TODOs - [ ] Doc : Add Description on Control Surface - [ ] Doc : Add Description on setting 1500 as Servo's disarmed PWM output value to avoid weird motions - [ ] Doc : Add 'Center of Gravity' diagram to show where the distance measurement reference point is (It's not the Pixhawk's center!!!) - [ ] Doc : Add description on the 'Json' file being transferred from PX4 to QGC, describing actuators setup, to explain what 'dynamic loading' of Actuators configuration actually means - [ ] Doc : For VTOL / Fixed Wing : Add description for enabling 'lock control surface to hover' and 'commander prearm' settings, to properly check trimmed servo outputs. - [ ] QGC : Add 'hz' indicator to PWM 50, PWM 100, etc selections in Actuators tab to avoid confusion on what those numbers mean - [ ] QGC : Put warning 'pop up' when user inputs a value (e.g. Roll torque input for Left Elevon ...) that doesn't make sense according to control surface convention, to avoid user confusions - [ ] QGC : Add support for basic fixed wing / rover graphics for Actuators tab (currently only multi-copters are visualized) - [ ] QGC : Fix bug on initial graphics of multicopter not showing anything when motor positions are (0,0) - [ ] QGC : Make trim part click-adjustable, e.g. by a unit of 0.05 or so.

March 30, 2022 Join us Agenda Community Q&A Project Updates General Discussions High priority queue Release Moderation Community Q&A : Maximum 3 - 5 min limit for each question. If the discussion isn’t finished, ask the Questioner to create a Github Issue about it and continue discussion there. Limit discussions to maximum 5 min, then it should be continued in In-Depth discussions. Always consider the perspective of community members who may not have a deep understanding on certain co…

QGC User Interface is bad for developers by @junwoo0914

In this scenario, if offboard is only trying to perform altitude hold, there is no way to say “I want to control position, but only check validity for z”, since the offboard_control_mode message does not have an “altitude” flag or any other method of telling commander what to perform checks for.

I asked this awhile ago and @dagar gave some good insight but what is the status on 1) knowing what happens when a FW goes into land mode with use terrain enabled and an accurate altitude sensor is present (i.e. a lidar) and 2) how can this be tested in gazebo to verify. It has always been the assumption that it will crash into the ground because of the text here Land Mode | PX4 User Guide so has been avoided entirely. Also, after getting some clarity I would like to change the docs to reflect what will occur.

If the flight control polarity is set by the “left/right” choice for ailerons, shouldn’t the roll torque scaler be always positive?

We recently had an issue where our pusher propeller started spinning as soon as the safety switch was pressed. There is no log file, which indicates that the drone was not armed. Since servos are powered during prearm mode, one of my theories is that the wrong mixer configuration was loaded and the pusher motor was treated as a servo. We have not been able to reproduce the issue though, and I don’t see how the mixer configuration could change from one boot to another.
We use PX4 1.12.3 on a Cube Orange with a BabyShark VTOL airframe. Any theories or tips for where to look while troubleshooting would be greatly appreciated.

Discussion based on board: High-Priority Queue · GitHub