UAV equipped with fire extinguishing bomb is a kind of fixed-point delivery, which can quickly and efficiently extinguish small forest fires, eliminate small fire sources within a certain range, reduce the intensity of fire sources, and play an auxiliary role in forest fire fighting. Especially when the terrain is steep or the fire is inconvenient for people to fight at night, the use of drones to carry fire-fighting bombs to put out forest fires in the air can greatly improve the accuracy of fire-fighting, ensure the personal safety of firefighters, and put out fires quickly and at low cost. The formation of a comprehensive information system for forest and grassland fire prevention and fire fighting that covers all departments, with smooth horizontal information, consistent information from top to bottom, clear fire dynamics, and smooth fire control commands can better promote the coordination and cooperation between various departments to ensure forest and grassland fires. The handling of the situation is more timely, fast and efficient. It will greatly improve the warning level of forest and grassland fires and the command and dispatch ability of emergencies such as major forest and grassland fires, and greatly reduce the direct and indirect economic losses caused by forest and grassland fires. It will also exert significant ecological, economic and social benefits. 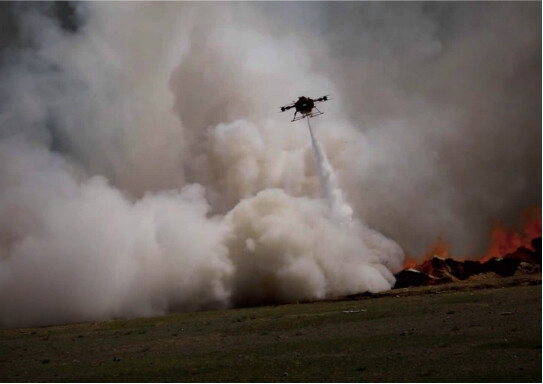