Software In the Loop with an additional customized module

I’m building my own px4 module for Pixhawk 2 and I’m using the Firmware version 1.8.0.

I have added a px4 module to include in the flight stack my own controller. The module contains C++ code obtained from code generation starting from a Simulink model and then modified by hand to link those scripts to uORB. When I proceed to build the customized source code, the process fails when the executable (px4) is linked to the module I added. 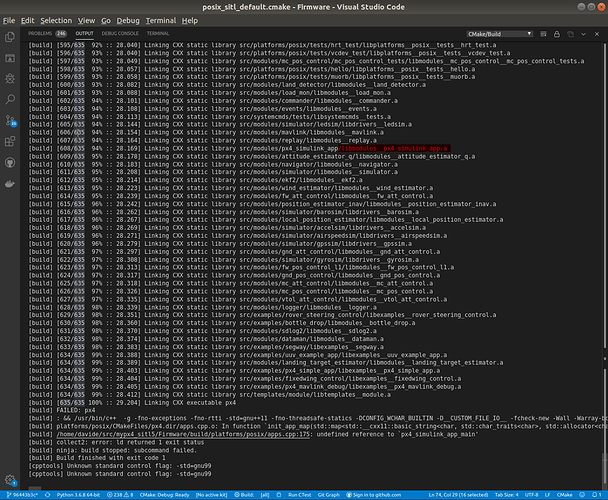 error1213×997 298 KB
Looking at the CMake scripts everything looks correct, since the added module is seen during the configuration, the .a library is created: it seems my module is treated as the default ones. The error redirects to /Firmware/build/platforms/posix/apps.cpp. 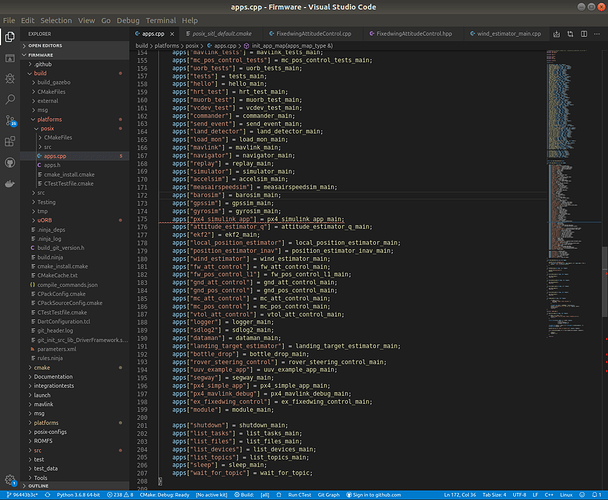 The aim is to perform Software in the Loop testing (with jmavsim configured as specified in the .vscode folder you provided in the 1.9.0 version) using as IDE Visual Studio Code.

Where am I wrong?

I’m using posix_sitl_default configuration modified adding my module, and I let CMake decide the kit in VS Code. 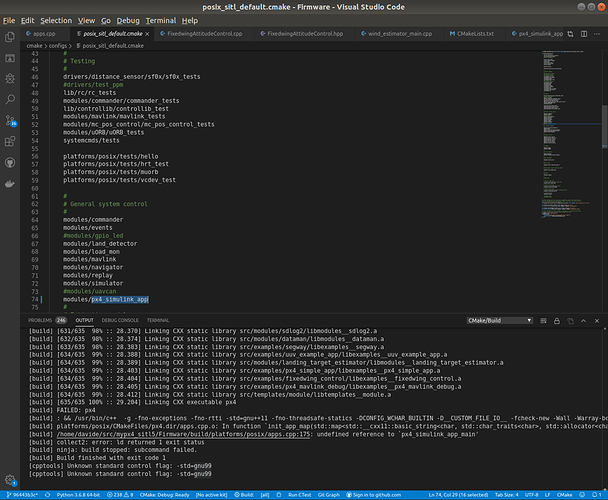