What to expect from 1.9 Release

Is there an article or post about what improvements we can expect from the 1.9.0 release?

Or is the only option to dig through the commits?

No - there is WIP work on final release notes: https://github.com/PX4/Firmware/issues/11175

The release notes are very helpful, but this one seems to target developers or technical folks that want to know all the single nuts and bolts included into the new release. However, for the mere-mortal users, it will be great to also have a higher level note that just lists the functional features added/enhanced in a major release. For instance:

You’re already doing something similar for the documentation, why not do the same for the release notes. My sense is that this will help users to better decide if it’s worth to upgrade to the latest and greatest release. 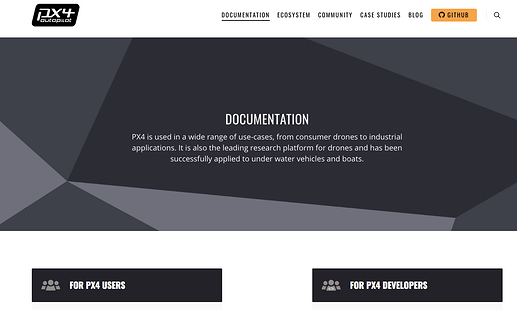 Hi @Al_B I believe that the plan is to do just as you have suggested, and surface the core enduser features. Definitely needed, and should really be falling out of the early roadmap docs for the release.

But because I can’t find any confirmation on that, have added comment to the release note PR: https://github.com/PX4/Firmware/issues/11175#issuecomment-496042567