RC transmitter not detected by Navio2

I’m setting up a workbench to do hardware-in-the-loop (HIL) using the Navio2 and PX4 flight stack v1.7.3 release. However, I’m not able to to complete the radio calibrate in QGroundControl since it doesn’t detect the radio channels. I’ve bound the Taranis transmitter with the D4R-II (receiver led is green) as shown below, but both cat /sys/kernel/rcio/status/alive & cat /sys/kernel/rcio/rcin/ch2 return 0 when I move the throttle stick up and down.

Is the any additional parameter that I need to set in the px4_hil.config file so the px4 can see the rcio values from channel 2? 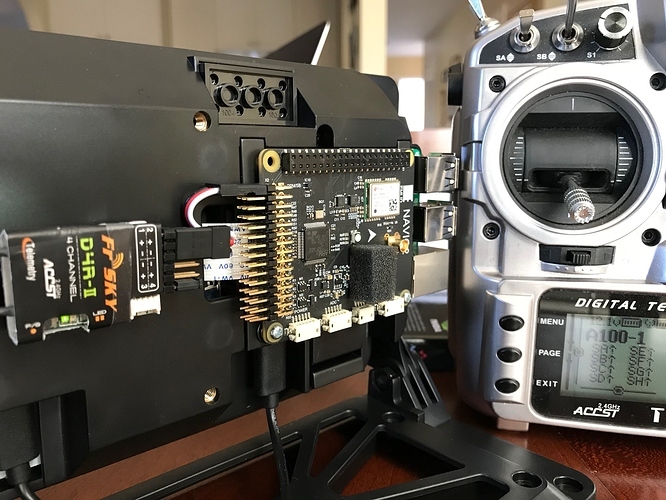 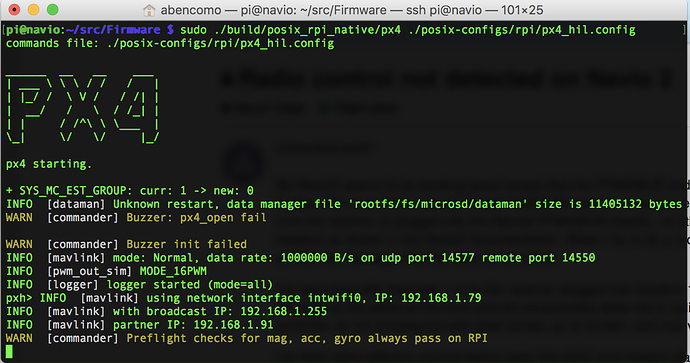 Is it just Channel 2 that’s not responding?

None of them are responding. Including channel 2.

The receiver is definitely compatible, so here are the things to check.

One other consideration is the navio2 connection to the PI. I have the same LCD enclosure, and sometimes my hats dont plug in fully if I use the plastic cover that sits between the pi and the hat.