Korean devs and users: @Jaeyoung-Lim is starting up and coordinating a new regional dev-call to accommodate the local community, see below announcement: We will start a Korean Dev call at 4pm KST every wednesday in the form of office hours. The agenda will be Request for agendas on the main dev call Contriubtion/ PR discussions PX4 flight stack usage /developer questions We will improve the structure of the call as it evolves

It’s possible to disarm using the safety button even if the safety circuit breaker is set.
Take care of:

**Describe problem solved by this pull request** The IO firmware does not suppo…rt completely disabling the IO safety. #1399 and 8ea5fd20c1c268c6baf145606186592bf5bd3699 introduced just setting safety off once when the circuit breaker gets set and on boot but the button is still active and can turn safety on and e.g. disarm the vehicle. **Describe your solution** I'm adapting the implementation of the SafetyButton driver on the FMU that was introduced in 35fc51de920c6ca01806a044d3d37b01f8a5758a because that is the way I'd expect it to work as a user. It makes the safety button have no influence anymore on the safety topic when the circuit breaker is set. **Describe possible alternatives** Generally IO and FMU implementations should be the same and circuit breakers should completely disable the functionality that they are for. **Test data / coverage** I bench tested this on a pixhawk 4 (IO safety) and compared the behavior to a pixracer (FMU safety).

Testing of NuttX 10.0.0+ - as baseline for Net param Changes

Replaces https://github.com/PX4/Firmware/pull/15905 This will track nuttx mas…ter, hence the name NuttX Next

Big refactor of optical flow fusion logic. Mostly non-functional changes but also a few bugs were found and fixed. It was tested in SITL and with a bench sensor setup.

We urgently need a test on an optical flow enabled drone.

I tried to untangle a bit the flow selection logic to make it more readable. At …the same time the `resetToFlowVelocityInAir` unit test got fixed. fixes https://github.com/PX4/PX4-ECL/issues/926 Currently no SITL/real tests

@sfuhrer proposes to remove the climb out mode. There is a pr to make it configurable to disable but preferably the mode should be removed since the mode is very easily triggered and does crazy high pitch, high thrust.

Need to review the hand launch case to make sure it’s still working fine.
Action: Change pr to remove it and ping fixed-wing users if defaults need to be changed and if takeoff doesn’t have a problem. Better not have a hidden mode that no one uses or tests.

**Describe problem solved by this pull request** Currently, there is a hard-cod…ed limit of 85% on the pitch stick (pulling) setpoint that triggers the climbout mode when flying in fixed-wing position or altitude controlled mode. The vehicle will then give max throttle and try to climb as fast as physics allow. This prevents a precise, but still dynamic control of the vehicle, as it is impossible to climb fast without entering the climbout mode, that was (I believe) originally implemented rather as a safety feature. **Describe your solution** ~Add parameter to disable climbout mode via sticks (boolean).~ Remove the manually triggered climbout mode (pitch stick below 85% in altitude/position controlled flight). Note that this doesn't have any impact on the automatically triggered climbouts during fixed-wing handlaunch or runway takeoff. **Describe possible alternatives** - ~Instead of a boolean "climbout enabled" the parameter could be a float, specifying the threshold where the climbout mode is entered (currently that would be 0.85).~ - We could also change the trigger for the climbout: Instead of only pulling on the throttle stick, the user would have to push the airspeed stick to the maximum for example. Then the user could still climb fast without entering climbout mode if he wants that. **Test data / coverage** Flight tested, felt much nicer, especially on vehicles with a lot of excessive power (e.g. tiltrotor).

If there’s no more feedback this will get merged soon:
If there are concerns raise them now.

You can now run PX4 SITL with JSBsim as a separate ROS package.

**Problem Description** Previously, when using PX4 in the ROS environment, the …only way to simulate PX4 was through Gazebo. However, since Gazebo has limited dynamics modeled in the simulation, it was hard for users to evaluate flight control related applications in Gazebo. Supporting JSBSim will enable developers using ROS to be able to evaluate their software with more accurate flight dynamics. **Solution** This PR adds ROS support for the JSBSim bridge. This enables users using ROS/MAVROS to be able to run JSBSim as a SITL simulation environment. A ros node `jsbsimbridge_ros` is responsible for initializing and running the simulation. The configurations can be done through the launchfile ``` <param name="config" value="config/rascal.xml" /> <param name="script" value="scene/LSZH.xml" /> <param name="dt" value="0.004" /> ``` A launchfile is is added to automate running mavros / jsbsim togethe. The ROS node can be run through ``` roslaunch jsbsim_bridge px4_jsbsim_bridge.launch ``` The launchfile runs PX4 SITL, MAVROS and a jsbsim_bridge to expose jsbsim to PX4 SITL, and mavros to expose PX4 mavlink messages to ROS. **Additional Context** - Added jsbsim to the ROS container in https://github.com/PX4/containers/pull/279

@Jaeyoung-Lim improved the water level visuals for boat and UUV simulation. Boats are still running on a solid surface. The buoyancy and possibly using a waves model is not moving as fast as the water texture. 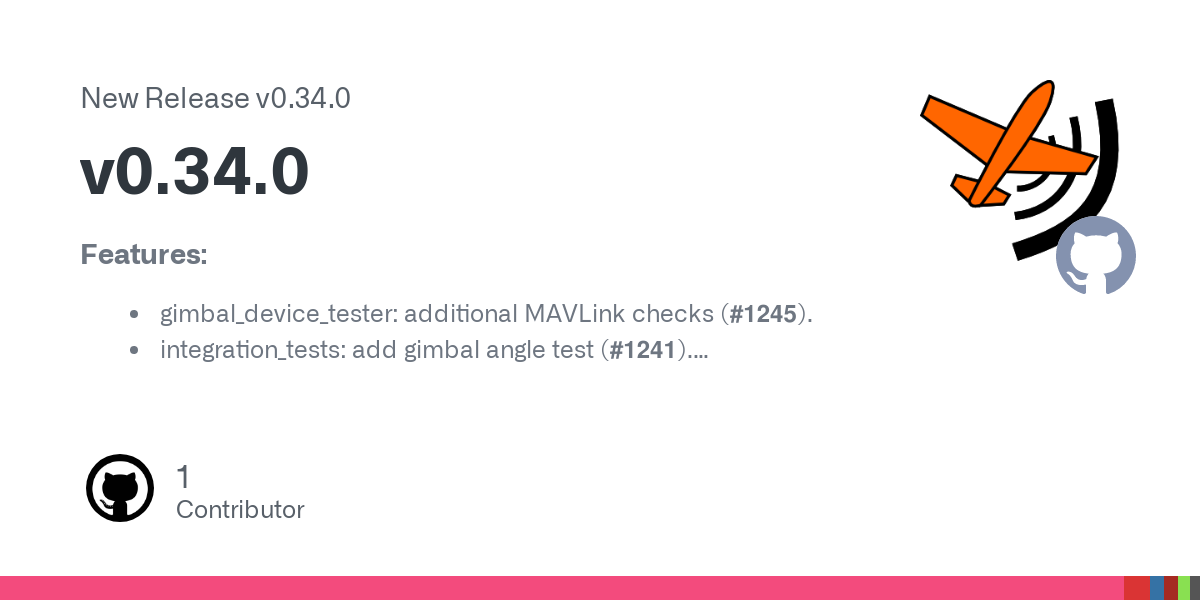 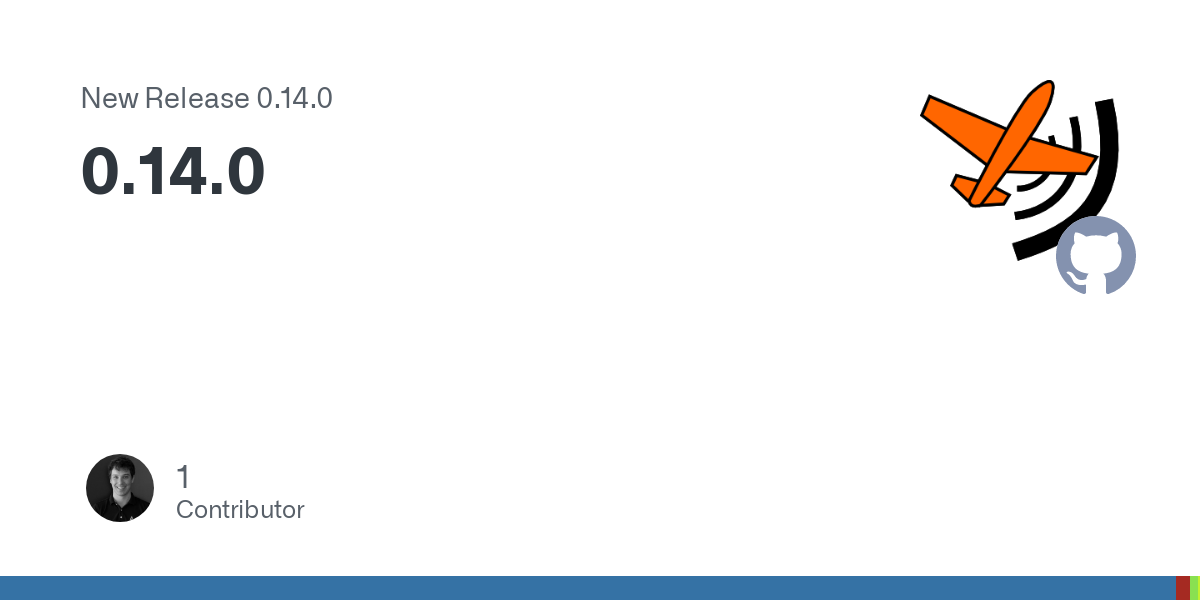 MAVSDK client for Python. Contribute to mavlink/MAVSDK-Python development by creating an account on GitHub. 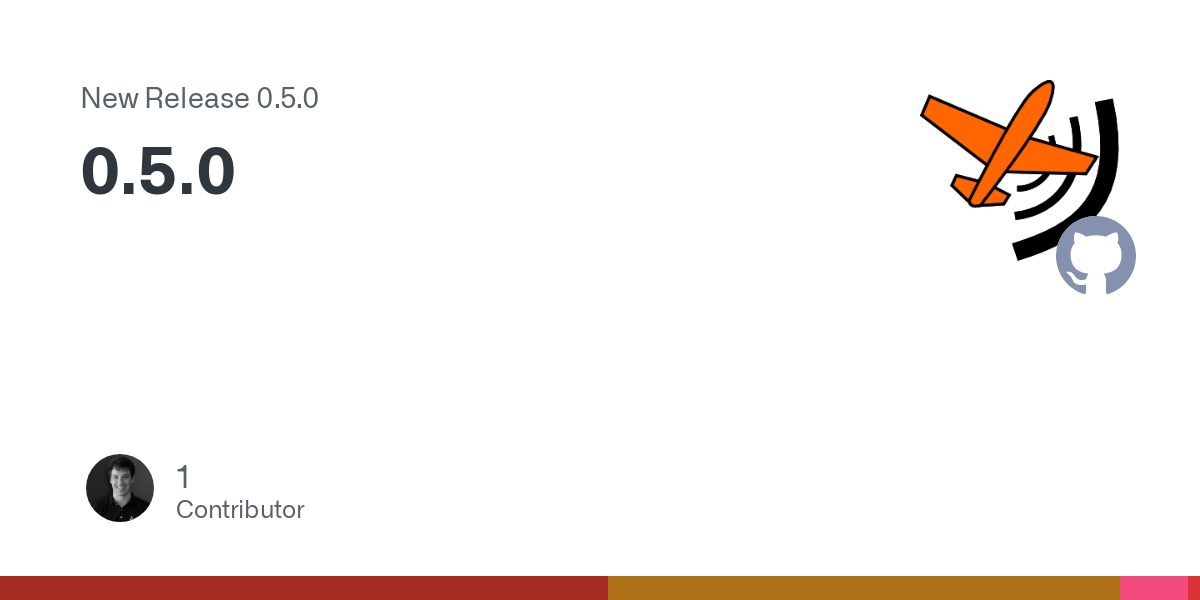 MAVSDK client for Java. . Contribute to mavlink/MAVSDK-Java development by creating an account on GitHub.

We take part in the ROSWorld 2020. Register if you didn’t, it’s free to join.

The open source drones mini-summit happened. The content will be available on Youtube after a 3 weeks lead time for the paying participants. We’ll share the link. 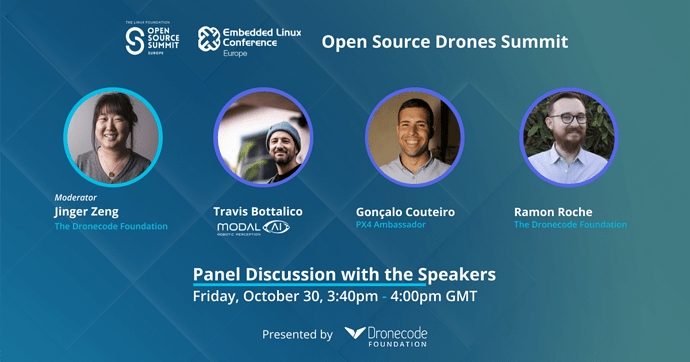 Fixes on the release branch were not tagged for a point release yet because there were issues reported with the here2 GPS. We’ll probably do a release with the fixes we currently have first.

We need to make sure the original support for here2 GPS needs to be restored or we need to declare it as not supported. Action: Reach out to the community contributor to check in if they have the hardware in use and the same issue.

Idea for next PX4 release workflow is under discussion.

Kalyan Siriam: Working on a different build system Meson for MAVSDK. He’ll talk to the maintainers Julian and Jonas to make sure it’s well accepted and not a parallel effort

@dagar Improve user experience with devices failing as not being connected even though they are connected but not working and the user should get an error as a result for auto-detection. We should work towards better showing in the UI what devices are connected and support a check against a fixed device tree.

@LorenzMeier Improved configuration storage would help with the device tree specification and with control allocation/mixing. There’s currently draft work being done on this and it would be useful to join efforts to bring it foprward.

Nothing much to comment on about this, but I’m working on being able to build MAVSDK with the meson build system (currently MAVSDK only supports CMake). This gives users more choice + I personally like meson because it is faster, uses Jinja (a faster build system) by default, and the scripting API is much cleaner. Currently it can only build a subset of the entire MAVSDK project, but hopefully will support the backends and everything else in the near future.