How the function "main()" is called

how the function like “fmu_main(int argc, char * argv[])” is called?

Maybe, It is called as a command in a script. But I can’t find it.

could you help me ?

Thank you very much.
I found the code is used in a structure in the same file. Then I inference the structure and didn’t find the source which call the fmu_main() function. 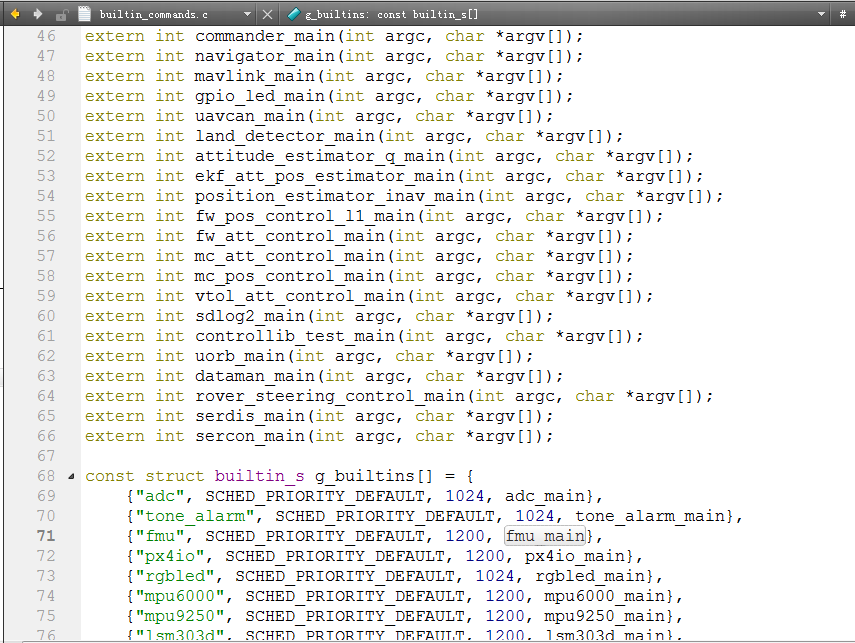 I had found the rcs file, and I had known that the rcs script call other scripts in the same folder. However I don’t know the detailed process.

You can see the array of struct builtin_s g_builtins[]. This is a map of the “module names” to the main functions. You could now grep for where this table is used e. g. somewhere in NuttX.

If the question is “how is a builtin function invoked using the NSH shell”,
perhaps this Eclipse screen capture will help. I’m happy to report that no “grep” was necessary, just a C++ symbol search starting with references to g_builtins: 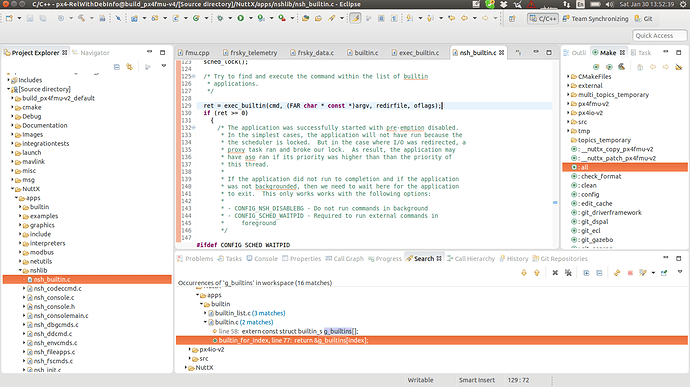 Hehe, sure grep or search in your favorite text editor ;). Thanks for sharing!

I’m using the Qt Creator
The “find in files” is very fast after once operate “find”.
MAYBE the environment could be set up for compiling the code in Qt, though I haven’t finish it…