I am building a X8 frame using a MindPX flight controller, which runs PX4 stack. 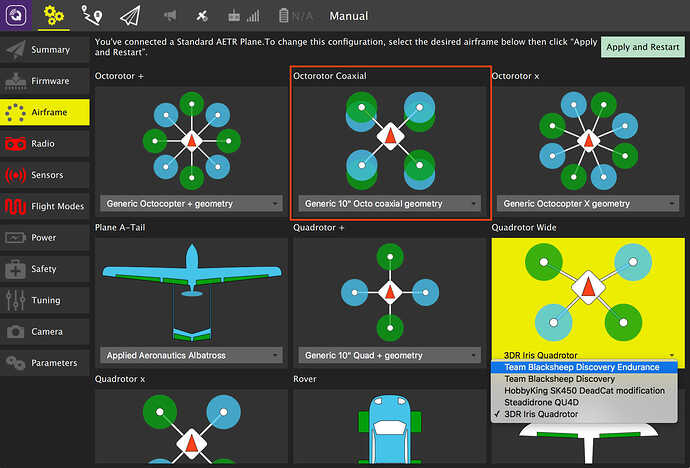 However there is no motor map numbering on the picture. I checked px4 motor mapping document and i can see motor numbering for Quad X/+, Hex X/+ and Octrotor X/+, but Octorotor coaxial seems missing there.
http://dev.px4.io/airframes-motor-map.html

I made a numbering as below, is it correct? 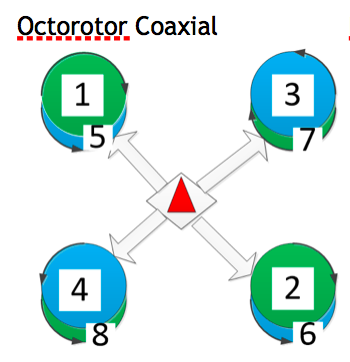 Its all defined here:
https://github.com/PX4/Firmware/blob/master/src/modules/systemlib/mixer/multi_tables.py

So I guess if you use octo_x:

The numbers are degrees relative to the forward direction (positive degrees in clockwise direction).

Thanks for the direction.

I am using coaxial frame (octo_cox), so according to the code, the numbering should be like this: 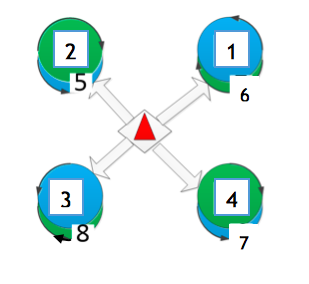 I will test flight it tomorrow!

The figure you made is not correct.

Sry but I don’t get you. In multi_tables.py,

So according to this the picture i made should be correct?

Below is the same pic as above, just slight adjust on style. 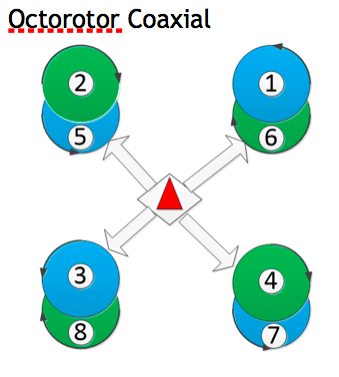 The X8 frame now looks like this. It is a 350mm frame, pretty small. 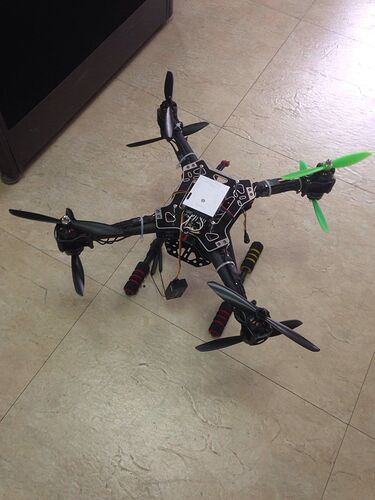 I did not fly it yet, just tested by holding it with my hands. The pitch/yaw/roll feels OK.

Will do more testing when have time.

I’m sorry, I confused octo_x and octo_cox. You should be fine, good luck flying

No problem Bart. Thank you for the help.