I am facing this weird issue, where once every five times, EKF stop working suddenly resulting in bad global position data. In the chart, from the timestamp, we can see that the EKF update rate has fallen. 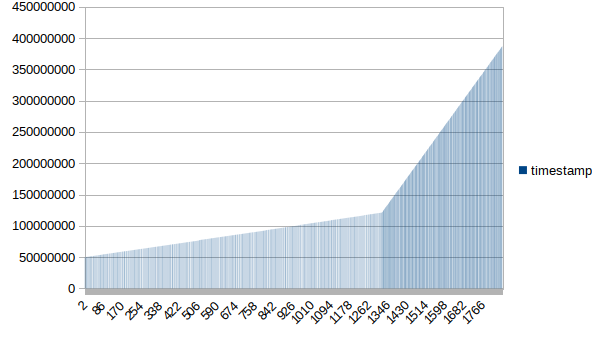 After going through the other log messages, I see that sensor_gyro, sensor_accel and sensor_mag stopped publishing messages which cause sensor_combined to stop updating and hence EKF update failure.

Going through the code there seems to be only one way to block a device publication, which is systemcmds/config module. So what can be the reason for such block?

Can you post your full log to http://logs.px4.io/? As far as I know nothing in the system automatically uses that mechanism to block publications.

P.S. We use px4 for a custom sensor which is mounted on another drone. So there is no motor control.

I was hoping for errors in the log or something, but so far it’s just as you described. Sensor data stopped with no errors.

How reproducible is this? Can you use the console when it happens and check the sensor status? mpu9250 status

This happens once every five flights and I’ve seen it on multiple boards. The console is not available when it’s at high altitude. I will try to replicate it on a ground level. But how to test the mpu9250 status?