I am trying to connect gazebo with mavros without a QGroundControl present,
as the moment when I give a command to the aircraft for takeoff,
gazebo just write that its arming the aircraft, preform a takeoff without moving and land.

According to what I have read when gazeboo detects a ground control it will act normal I mean when a command to takeoff will be sent the aircraft will takeoff. 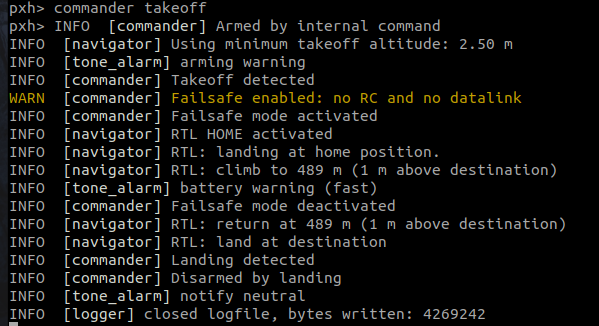 Can you try to leave MAVROS running, so that it continuously sends heartbeats? That way PX4 thinks that it is connected to a ground station.

Looking at the docs you can set the component_id param but I expect the default (240) to work.

You can also try to prevent the failsafe action by changing the params: